Carrie Newcomer is a songwriter, recording artist, performer, educator, and activist. She has published three books of poetry and essays, in addition to nineteen music recordings. In September 2021, she released an album with a companion book of poems titled Until Now. Carrie lives in the wooded hills of

Welcome to the Poets Weave. I’m Romayne Rubinas Dorsey. Carrie, what have you brought for us?

Twilight on the ridge top,

I came upon two lanky coyotes

And one large coy dog.

And a hungry look.

Sped into the woods barking

Doing what her deep down DNA demanded -

The three wild canines ran off a little way,

But quickly returned when they realized

The relative size of my small guardian angel.

I saw them begin to circle her as a team.

I heard her yelp high and distressed.

I ran crashing through the brush,

A trick I'd learned when I was eight years old.

(Who knows when we might need a gift from our former self?)

The coyotes looked up,

The largest one met my eyes, assessing me.

Predators don't expect prey to have friends in the world

Who are willing to run headlong into danger,

And shout with righteous anger.

The pack of three looked at one another,

Shrugged and then half loped, half glided

Off into the darkening woods.

Lily was unhurt but concerned and trembling

I held her collar securely

Because she was absolutely ready to go after the pack

If I should only ask.

I ruffled her ears,

Me the small and she the somewhat smaller,

And wondered at the enormous size and courage

Of a small dog's heart

And was grateful to know

That she had me covered.

And that I had her back.

And love does prevail,

Even in the twilight

Even when the coyotes circle.

they sail out of view.)

There is a comet that passes this way

Every six thousand years or so,

This week that comet returned,

After ages of absence.

The comet is actually quite small.

A mere acre or two of ice and rock

And yet blooming behind it

Is a million-mile tail.

A smear of diamonds and dust

Curling in its wake.

Passing briefly into our orbit

Having no idea of the wide wash of color,

They've left expanding behind them.

Or kisses into the wind.

I lift up on my toes

To catch the last glimpse

As it slips beyond the horizon,

To the place it began.

The night sparkling with stars

As it swings out of view

You’ve been listening to the poetry of Carrie Newcomer on the Poets Weave. I’m Romayne Rubinas Dorsey. 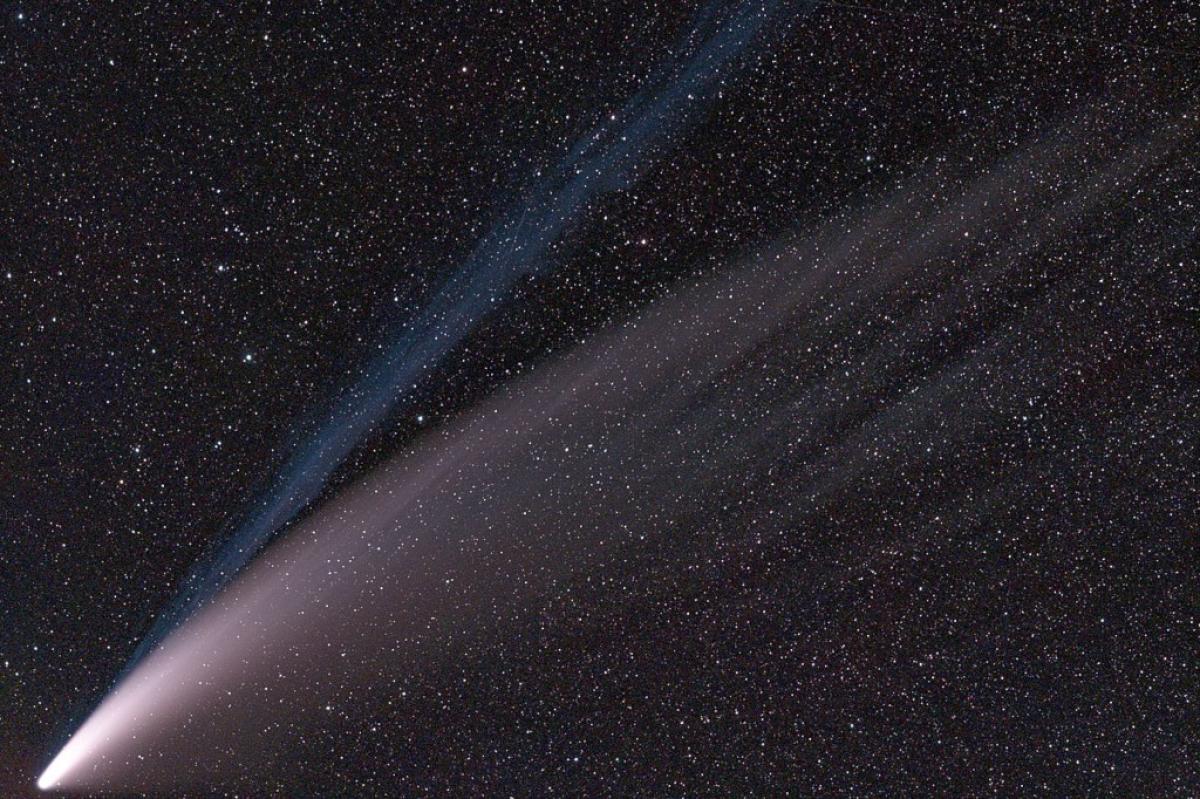 Carrie Newcomer is a songwriter, recording artist, performer, educator, and activist. She has published three books of poetry and essays, in addition to nineteen music recordings. In September 2021, she released an album with a companion book of poems titled Until Now. Carrie lives in the wooded hills of

On this edition of the Poets Weave, Carrie reads "Even Then" and "A Million-Mile Tail."