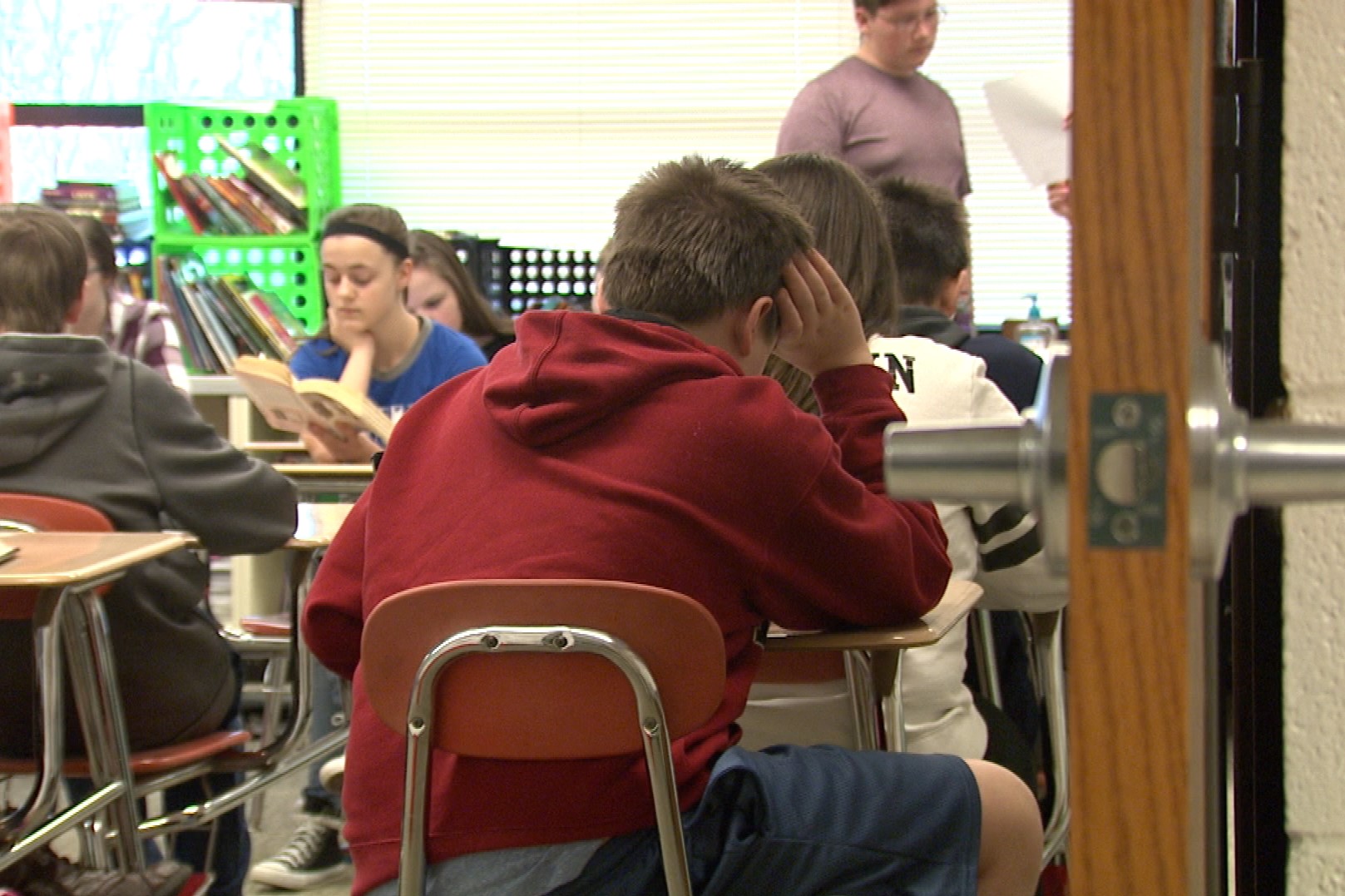 Some schools will fare better than others under the new state budget. (Steve Burns/WFIU)

Hoosier legislators passed a new two-year budget as the 2019 Legislative Session came to an end on April 29.

Education funding and teacher pay were thought to be legislative priorities going into the session, and were the subject of much debate.

The Republican-led legislature ultimately passed a budget that increases tuition support funding for schools by 2.5 percent each year and gives $7.5 million more in bonuses for high-performing teachers.

But critics of the new budget point out that it fails to mandate statewide teacher raises and caution that the increases in tuition support will not actually benefit schools with declining numbers of students.

Join us this week on Noon Edition as we discuss the impact of the new state budget on school funding.

State Senator Rod Bray (R-Martinsville) played a major role in crafting the state budget and says he was happy with some of the highlights of the school funding portion.

"We were pleased to be able to add about $539 million more to the tuition support and about $763 million overall to the tuition, and so that would be the biggest piece," Bray says. "We've had a lot of discussions also though about school security. Unfortunately, these days we here in Indiana are facing that as you all know and we passed a referendum that would allow a school district to raise some revenue for their school security purposes and also some language about getting some dollars for mental health in the school systems as well."

Chris Lagoni says that the schools he represents with the Indiana Small and Rural School Association are facing mounting problems due to the way the state allocates money based largely on the number of students at each school.

"We are concerned about this strict [program of] dollars following the students, at least for our membership," Lagoni says. "Many of them are decreasing, but it's also because our population is decreasing in rural Indiana, and we're going to get to a point where it's putting pressure on special-ed co-ops, CTE (career and technical education) co-ops. We're starting to see schools that work together and special-ed co-ops starting to dissolve and break apart because they're so driven by dollars following the student."

John Kenny thought the legislative session was hard to read until near the end, but was able to announce that the new budget will benefit his school district in Monroe County.

"From our perspective, in the last maybe two months of the session it's been some ups and downs of what we were following and trying to analyze for our school district," Kenny says. "Right at the end, the amounts kind of solidified and we knew pretty much what we would get for the next two years and it did go up last week or ten days."

Brown County Schools Superintendent Laura Hammack says they're not as lucky, but she thinks it could have been worse.

"We are a small rural school district, and we are a district that is currently experiencing an enrollment decline," Hammack says. "With an enrollment that is declining, that ultimately translates into less dollars for our school district and that's a reality we knew in our forecast. We have been doing a lot of projection work with demographics and really our long-term five to ten year forecast is that Brown County will continue to see enrollment decline, because the population for student-enrolled children as well as child-rearing aged adults is continuing to decline and that's just playing out into the future."​