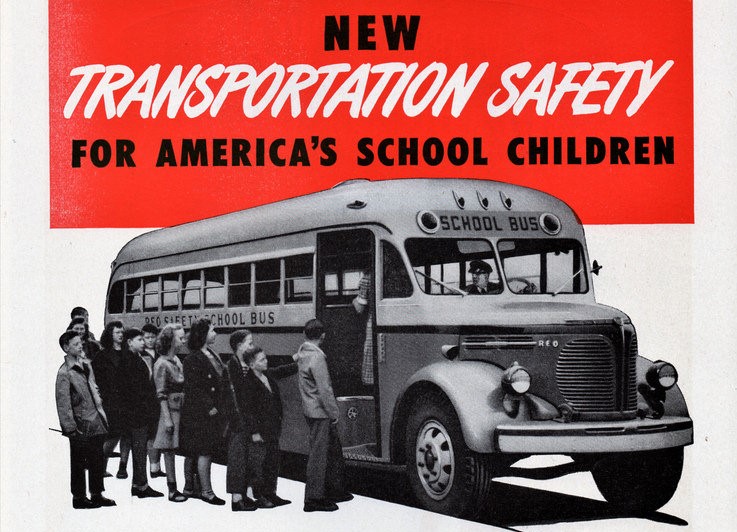 Hoosiers have good cause to worry about the safety of kids as they go back and forth to school.

In late October, three siblings were killed by a motorist who failed to stop as the children crossed a highway to their bus in Rochester, Indiana.

In early December, a teenager was killed when the bus he was on was rear-ended by a flatbed truck roughly 30 miles south of South Bend.

Now, school bus safety is a priority for many Hoosier parents and lawmakers as we enter the 2019 legislative session.

Join us this week on Noon Edition as we discuss efforts to ensure the safety of young Hoosiers on their way to school.

Ron Chew describes the precautions he has taken throughout his career as a school bus driver to keep his charges safe.

"My kids are not allowed to cross the road unless I motion for them to come across with a hand signal," Chew says. "They are to stay right where they are until I signal for them to cross. Same goes in the evening when they go to get off, I make sure traffic is stopped from both directions. If they're coming towards the bus, I do not let my students get off until I know that vehicle is stopped."

Mark Raper said that the tragic accidents that killed children this past year have prompted lawmakers to look at safer solutions.

"In Monroe County, on the busier highways like Highway 45 and 46, they will only do right hand drop-offs, and if anything positive may have come out of this tragedy, it's that legislatures are looking at just doing right hand drop-offs only on major highways because it's a lot more dangerous when they're crossing a major highway at a higher speed than they are in a city street," Raper says.

Ron Chew thinks that stronger penalties are in order for people who do not stop for school buses dropping off kids and referenced State Sen. Randy Head's proposed Senate Bill 2.

"He wants to suspend a driver's license for 90 days if they are ticketed for that offense," Chew says. "Personally, I agree with that. It's something that might turn some heads, so to speak."

Both Chew and Raper think that the October and December deaths have had an important effect on awareness of the dangers of not stopping around a school bus with a lowered arm.

"We're getting a lot more calls to the post about people who run school bus arms," Raper says. "I think it's really brought it to the public perception that it's serious and we all need to take part in it."