The Rising Costs Of Insulin 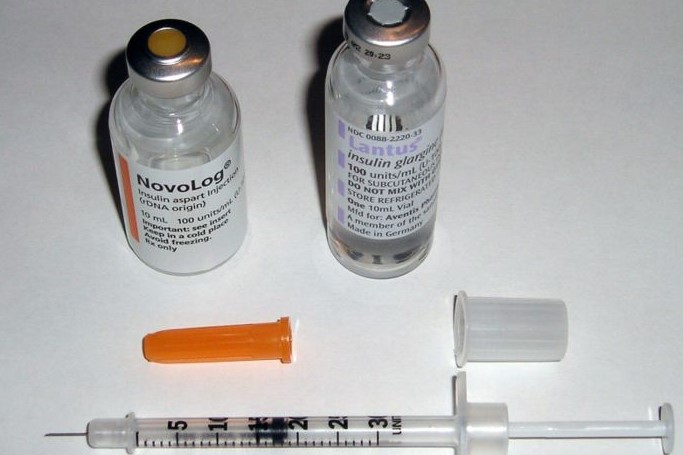 In response to growing pressure, Eli Lilly announced this week it would begin offering a generic version of its top selling insulin drug, Humalog.

Lilly says the new version will be about 50 percent cheaper.

But while critics welcome the lower cost alternative they say the discounted drug, at nearly $140 a vial, is still too much.

The Lilly news comes just as Congress has begun an investigation into how drug makers determine their prices.

Join us this week on Noon Edition as we discuss pharmaceutical companies, health insurance and diabetes.

Sa'Ra Skipper, Indianapolis resident who was diagnosed with diabetes at 5 years old

Fran Quigley, advocate with People of Faith for Access to Medicines and professor at the Indiana University McKinney School of Law

Sa'Ra Skipper has faced rising insulin prices firsthand and knows the serious consequences of being unable to afford it.

"We need a resolution and not band-aids," Skipper says. "It's insulin for all, not insulin for some. This is a serious issue and people don't deserve to lose their life or put their lives on the line because they can't afford their life-sustaining medicine."

Fran Quigley says efforts to lower prices should be aimed at drug manufacturers who determine the starting price of their drugs.

"We think the advocacy is best focused on the manufacturers who control the list prices and make record breaking profit margins off medicine, insulin included but not just insulin, and they are the ones who are receiving the greatest financial revenue from the current, very broken system," Quigley says.

Sumedha Gupta thinks that the manufacturers don't bear all the blame for higher drug prices.

"We're somehow contradicting ourselves when we say a manufacturer has reduced the list price by half but somebody like Sa'Ra is not going to see any of the benefits from it," Gupta says. "We need to think why is that, who are the middlemen who stop that list price from impacting what someone like Sa'Ra is paying for it?"

George Huntley says that a crucial step to dealing with middlemen increasing costs is to show businesses they can negotiate better deals with pharmacy benefit managers.

"At the NDVLC (National Diabetes Volunteer Leadership Council), we give a package to and go out to employers to educate them on their health plan design to protect the patient and the participant from list price," Huntley says. "The thing we maintain is the employer has to treat the pharmacy benefit manager as a vendor. They're the only ones with the economic leverage to stop this particular part of the problem, because they're the ones buying from the pharmacy benefit managers."