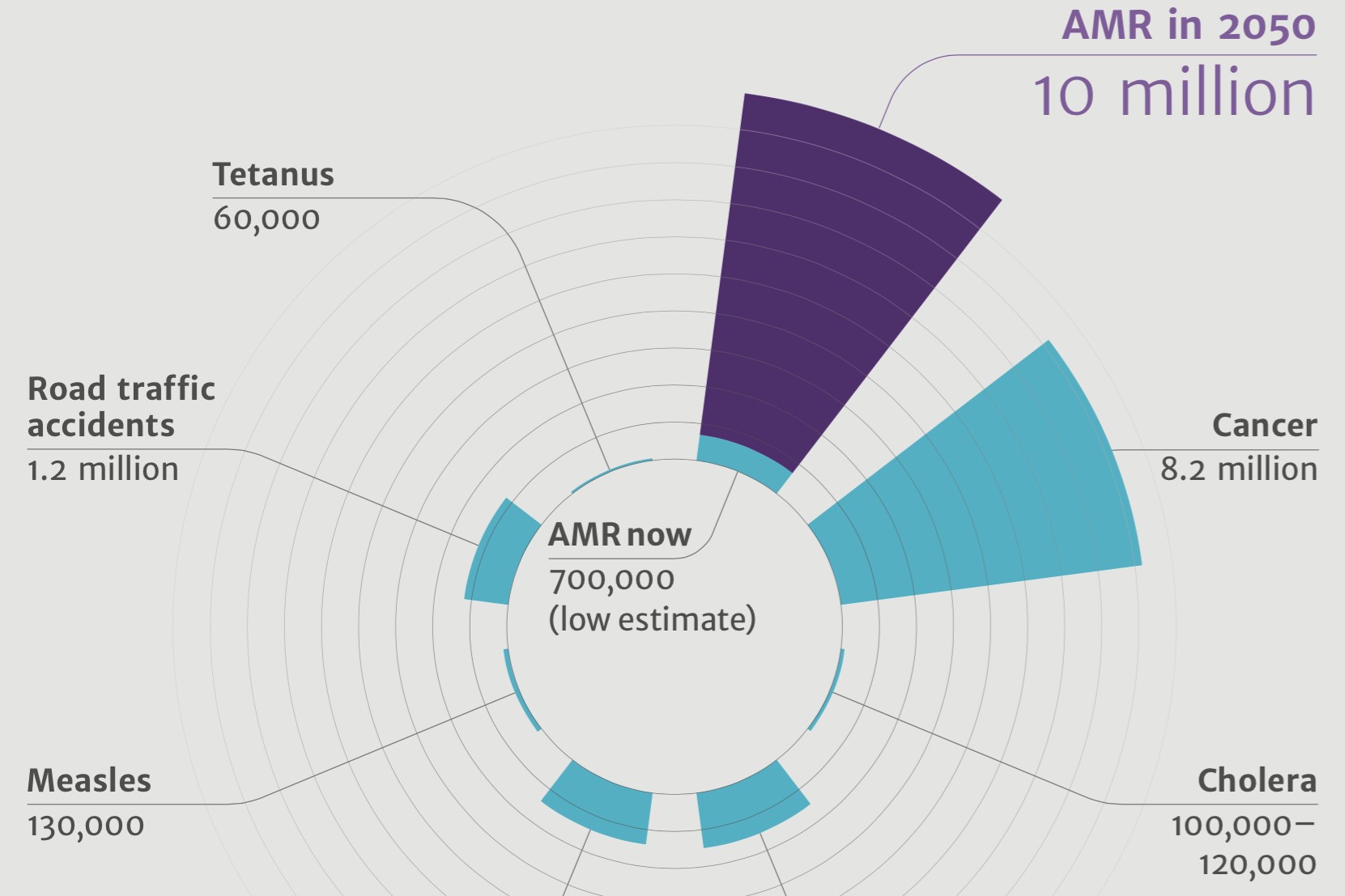 Noon Edition airs on Fridays at noon on WFIU

Imagine you wake up with an illness. You go to the doctor, who tells you you've got an infectious disease. She prescribes you antibiotics, which kill the bacteria causing the disease and you get better.

But what happens when the medications you take for granted no longer kill the germs responsible for your illness?

Antimicrobial resistance is a growing problem around the world, and it's likely to worsen by the middle of the 21st century with one estimate claiming that drug resistant infectious diseases could kill 10 million people a year by 2050.

It appears that humans are the main culprits, as increased usage of antimicrobials like antibiotics put greater selection pressure on infectious microbes, killing off most of them, but leaving microbes with a resistance to the drug alive to reproduce.

Join us this week as we discuss the threat of antimicrobial resistance.

Karen Bush, Professor of Practice in Biotechnology at Indiana University

Karen Bush has researched new drugs to get around antimicrobial resistance for decades and she tells listeners about how antibiotic resistance can propagate.

"There's inappropriate antibiotic use, that's part of it," Bush says. "Someone who has a sore throat will go to a family doctor and say 'I want an antibiotic even though it may be a viral infection,' they use antibiotics too long. There are inappropriate uses where the antibiotics get into the wastewater. If you look at rivers that are close to hospitals, they find that a lot of antibiotics are being put into water systems and pumped out into rivers that become antibiotic-laden."

"It's basic healthcare principle for everyone to work together: Healthcare, insurance, business, public health, industry, educators, to really try to pull everything together from a population based standpoint to working in tandem with the individual practitioner in their office," Feldman says. "This is not a problem that's going to be solved just by the CDC and the FDA or in the doctor's office. It's going to have to be a combined effort."

Jon Hiles works with doctors to teach them proper antimicrobial stewardship and to better use the antibiotics we already have, which is important as major drug companies have cut back on developing new antibiotics.

"We stopped having many new antibiotics quite a while ago," Hiles says. "We finally realized that we weren't getting new antibiotics, we had to find out better ways to use the ones we already have. I've been involved in programs at a few different hospitals that really focus on correct selection, correct dosing, correct durations for all these antibiotics and the larger view here is there are lots of things we can do with what we have that can help improve resistance but it's only going to get worse. Luckily, we've started to get some new drugs recently."