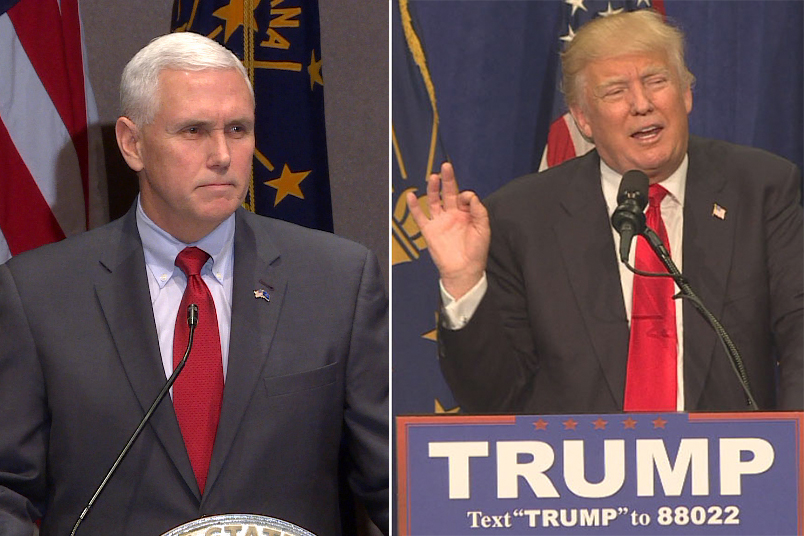 Republican presidential candidate Donald Trump will be running for President with Indiana Governor Mike Pence as his running mate. Trump’s campaign says it will hole a media event Saturday at 11 am.

This week on Noon Edition we'll speak with political experts from around the state about the announcement, and what it means for the presidential election and the Indiana race for governor.

During the program, Indiana University Professor Leslie Lenkowsky says that many voters won’t be as familiar with issues like the Religious Freedom Restoration Act .

“These issues are important to those of us who follow all this closely, but according to polls this morning in Real Clear Politics, the overwhelming bulk of the American public has no idea who Mike Pence is,” says Lenkowsky.

Others say this could be played to Pence’s advantage.

“That’s great because he gets to craft his own image and construct it. Certainly these conversations will come up, but outside of Indiana I don’t think it’s as well-known as iit probably is within out own borders,” says Assistant Professor of History and Political Science at  the University of Indianapolis, Laura Albright, .

“You can imagine a MoveOn.org and some of those more progressive sites using those photo ops in strategic ways and strategic places that would gain traction," says Frantz.