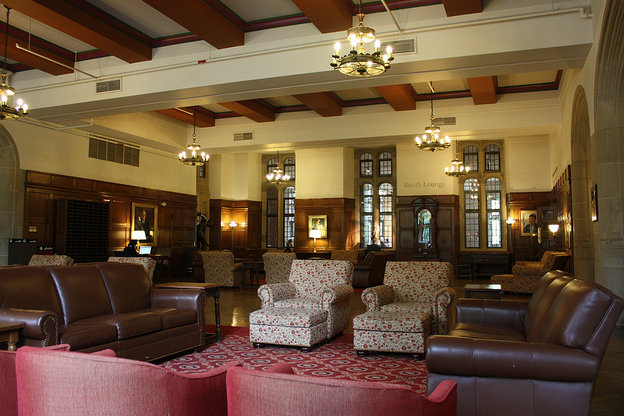 College Unions are typically thought of and used as central meeting places on campus.  Events and studying take place in the union buildings but the union itself is much more.  College unions offer services and support for members in an effort to build campus community.  To aid in this effort, the Association of College Unions International (ACUI) was founded in 1914 by students at seven mid-western universities: Indiana University, Ohio State, Wisconsin, Case Western Reserve University, Michigan, Illinois, and Purdue.

ACUI is one of the oldest higher education association in the country and will be celebrating its 100th anniversary in 2014.

This week on Noon Edition, we'll talk with union directors and members, to see how unions have changed over the past century and what role they play in students' lives.