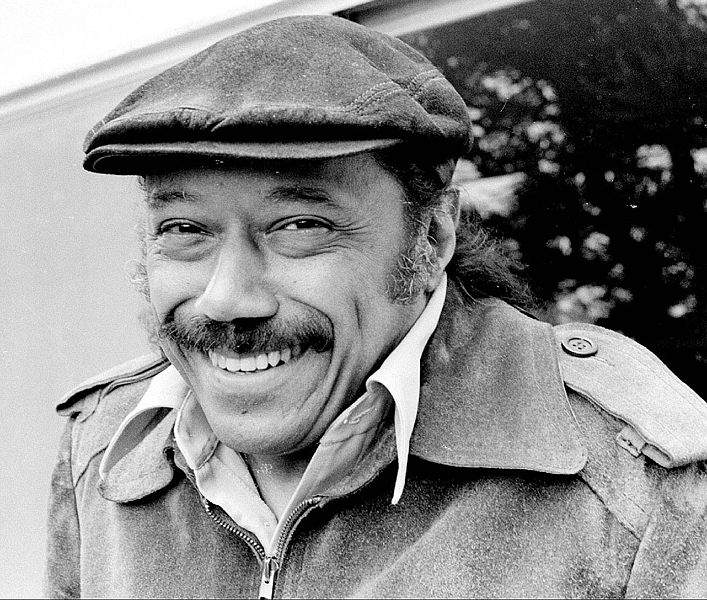 Jazz pianist Horace Silver was the founding father of hardbop and soul jazz and one of the most renowned figures of the post-World War II jazz scene. Many of his compositions, such as "Opus de Funk," "The Preacher," "Nica‘s Dream," and "Peace" have become jazz standards heard frequently today.

Silver was born in Norwalk, Connecticut on September 2, 1928. His father was of Portugese and African descent; his African-American mother had a Caucasian father, giving Silver a diverse heritage that would be reflected in his music. His mother passed away when Horace was only 9, and he was raised primarily by his father and his great-aunt. His father later said, "When Horace was coming up, there were only two things a black guy could be successful in and make money and be something…sports or music. Horace wasn‘t interested in sports, so I really pushed him with the music."

Inspired as a teenager by seeing the hard-swinging Jimmy Lunceford band and hearing the Dizzy Gillespie-Charlie Parker record "Groovin‘ High," Silver eventually landed an important gig with tenor saxophonist Stan Getz in 1950. He would go on to become a founding father of the hardbop and soul-jazz schools--music that emphasized driving beats with a funky, gospel-influenced feeling, and blistering solos-"cooking" an adjective often used to describe it-and he appeared on two of its seminal albums, Art Blakey‘s A Night at Birdland and Miles Davis‘ Walkin'.

The groups that Silver himself led in the 1950s, 60s, and 70s featured some of the most talented young musicians in jazz, such as Donald Byrd, Art Farmer, Joe Henderson, the Brecker Brothers, and Woody Shaw--another way in which he figures as one of the most important figures in post-World War II jazz.

In addition to its multicultural roots and fingersnapping rhythms, Silver‘s writing has often been noted for its hooks, its deceptively simple, catchy qualities. In a mid-1960s interview with jazz writer Dan Morgenstern Silver said of his writing, "I prefer a framework. You can take liberties--but not from beginning to end. I also believe in a strong melodic statement up front. In my writing, I strive for melodies that will linger in people‘s minds, something that can stick with the listener." Alluding to the "funky" and "downhome" terms often used to describe his music, he said, "Well, I write the way I feel, and I play the same way. I am very fond of the blues because that‘s where it all began."

Read an early-1960s interview with Silver.