Return To Blue Note: Tony Williams In The Late 1980s 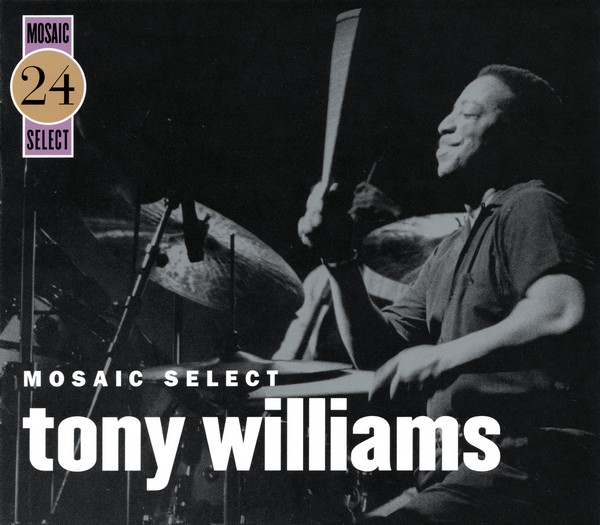 On this program we highlight the late-1980s acoustic quintet recordings of drummer Tony Williams. Williams was one of the great prodigies of jazz, playing with both Sam Rivers and Jackie McLean as a teenager before joining Miles Davis as part of the trumpeter‘s great mid-1960s group. Williams also recorded two dates as a leader for Blue Note and went on to form the pioneering fusion trio Lifetime (with organist Larry Young and guitarist John McLaughlin).

The Fruits of a Sabbatical

A later edition of the band proved to be less artistically satisfying, and in the late 1970s Williams changed direction. He began playing acoustic jazz again with VSOP, which was basically the mid-1960s Miles Davis quintet with Freddie Hubbard substituting for Miles on trumpet; and he also left Manhattan for the San Francisco area. He said he felt like he was in a rut, "not doing what I had the talent to do: write music, have a band, have better relationships."

After a sabbatical in the early 1980s to hone his compositional skills (spent in part studying composition at the University of California at Berkeley), Williams came back to Blue Note and recorded a remarkable series of albums that highlighted his writing with a group featuring trumpeter Wallace Roney and pianist Mulgrew Miller. Those records have been reissued in a three-CD collection from Mosaic Records.

In an interview published near the end of his late Blue Note period, Williams talked at length about how much satisfaction compostion had given him, saying, "I felt like all everybody wanted was this drummer, that Tony Williams was not there, that I didn‘t matter. And it caused me a lot of emotional pain. I‘m not talking about fans, I‘m talking about the people I worked with. That was the pain, that if I weren‘t this drummer I wouldn‘t have these people as friends… Playing drums has always been easy for me. From an early age it was so easy to figure out stuff, it was almost embarrassing. I needed to prove to myself that I was deserving of all the praise, needed to feel that I‘d accomplished something… I needed to tackle something that was hard, that wasn‘t God-given, and see it grow. That‘s what writing music has been, and is, for me. Writing music, that‘s work. Drumming has never been work, it‘s always been fun. It‘s still fun.. I‘ve finally gained trust in these other parts of myself. I‘m not just ‘Tony Williams, drummer.‘ And that feels pretty neat."

Watch the Tony Williams Quintet performing the title track from the 1986 album Civilization: