A Portrait Of Hod O'Brien 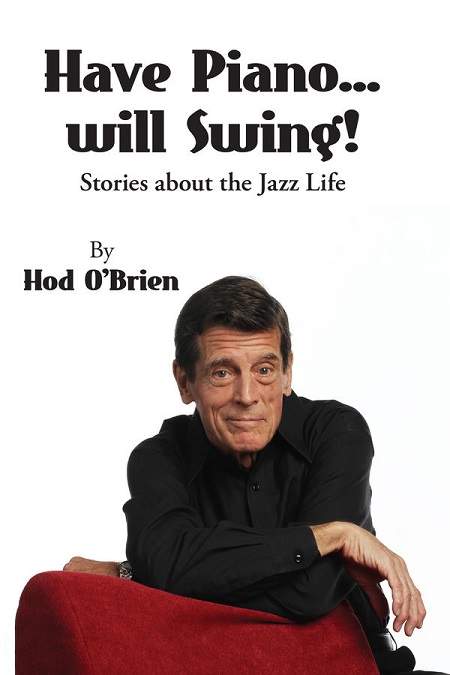 Hod O'Brien was a hard-swinging pianist whose roots went all the way back to boogie-woogie and bebop, and whose musical path crossed over the decades with many notable fellow jazz artists. On this edition of Night Lights we'll hear him talking about his life and playing with Art Farmer and Donald Byrd, Chet Baker, Roswell Rudd, and Rene Thomas and JR Monterose, as well as some of his own dates as a leader.

From Boogie-Woogie To Bop

O'Brien chronicled his life in the recent book Have Piano, Will Swing. In addition to recording with the players listed above, he shared the stage with Dizzy Gillespie and Ornette Coleman, and wrote songs with famed hipster tunesmith Fran Landesman. He participated in New York City's vital jazz loft scene of the late 1950s, ran a club in the city in the mid-1970s, and spent the past three decades frequently performing and recording with his wife, singer Stephanie Nakasian.

Born in Chicago in 1936, O'Brien grew up in New York State and at an early stage discovered a popular musical style of the time that thrilled him: boogie-woogie piano. His musical tastes and direction would evolve over the next few years as he stayed up late listening to the bebop-era radio broadcasts of DJ Symphony Sid Torin and began to take the train into New York City, checking out pianists such as Billy Taylor and Hank Jones on the city's club scene. By the mid-1950s O'Brien himself was making his way into that scene as a performer, as well as studying at the Manhattan School of Music. His first recording date brought him into an unusual and high-level setting, accompanying three top-notch trumpeters of the era-Donald Byrd, Art Farmer, and Idrees Suliemann:

In the late 1950s O'Brien formed significant musical alliances first with bassist Oscar Pettiford, who served as an early mentor, and then with saxophonist J.R. Monterose, performing frequently in upstate New York. The ongoing gig with the talented but sometimes-unpredictable Monterose led to O'Brien's playing with a soon-to-be legendary drummer, Elvin Jones, as well as another recording date, with Belgian guitarist Rene Thomas:

Not long after this date, O'Brien, who was plugged into New York City's late-1950s jazz-loft scene, ended up performing at a benefit at the Jazz Gallery for the family of hipster comedian Lord Buckley, who had recently passed away. O'Brien found himself at one point accompanying an unlikely, only-time-this-ever-happened on-stage pairing, of bebop trumpeter Dizzy Gillespie and the new avant-garde icon, saxophonist Ornette Coleman. O'Brien laughingly recalls that in Dan Morgenstern's review of the event for DownBeat, the critic noted that while Coleman played, "O'Brien astutely laid out."

O'Brien would enjoy a less fleeting association with another member of the 1960s New York City avant-garde-trombonist Roswell Rudd, whose origins went back to Dixieland. O'Brien had known Rudd as a teenager but didn't connect with him again until the early 1970s. The two started a club together called St. James Infirmary, featuring artists such as Chet Baker and Archie Shepp, but it ultimately proved to be fiscally unsustainable. O'Brien's affiliation with Rudd did result in another recording date, however, the album Flexible Flyer, to which O'Brien contributed the composition "Waltzing In The Sagebrush," which features vocalist Sheila Jordan:

O'Brien spent much of the 1960s off the jazz scene, taking classes at Columbia College in math, physics, and psychology, and working as a computer programmer before the renewed connection with Roswell Rudd helped pull him back onto a professional music path. In the late 1970s he teamed up again with another former artistic partner, saxophonist JR Monterose. Here they are live in 1979 in Albany, New York:

In the early 1980s O'Brien formed a significant personal and artistic relationship with singer Stephanie Nakasian. In 1984 he joined her during a working stint in Europe, where he came into favor with CrissCross record label owner and producer Gerry Teekens. Teekens wanted O'Brien to back trumpeter Chet Baker and cool-jazz stalwart saxophonist Warne Marsh on a recording date. O'Brien had played with Baker before and knew it would probably not be a standard day in the studio:

Chet came to that date-he got there on time, number one-he had driven a thousand miles from Rome to Amsterdam, in a broken-down Volkswagen, and he was just emaciated-looking in those days... So he comes in, sits down, lines all over his face and drawn, and the first tune he plays is 'If You Could See Me Now.' (laughs) It's a great date, Chet played great on it.

"The Swing, The Beat"

Around this time O'Brien made Opalessence, one of his most significant albums as a leader, also for Criss-Cross, with a supporting cast that included Pepper Adams on baritone sax and Tom Harrell on trumpet. One of the tunes they recorded was co-written by O'Brien with Fran Landesman, the legendary lyricist who penned "Ballad of the Sad Young Men" and "Spring Can Really Hang You Up The Most", and sung by the woman who is now O'Brien's wife, Stephanie Nakasian. O'Brien had been given a set of Landesman's lyrics by a mutual friend, who suggested that he try putting music to them. For Opalessence he recorded "A Handful Of Dust," with Nakasian on vocals:

From the late 1980s on Hod O'Brien has toured and recorded frequently, both in a trio context and with his wife. In 1994 they moved to Charlottesville, Virginia and had a daughter, Veronica, who has begun to develop her own career as a jazz performer. O'Brien saw and played a lot in his 60 years on the jazz scene, and he cited one element in particular as the source of his artistic joy-"The swing, the beat":

Special thanks to Hod O'Brien and Yael Ksander.