Mosaic Is Planning A Black and White Label Box Set 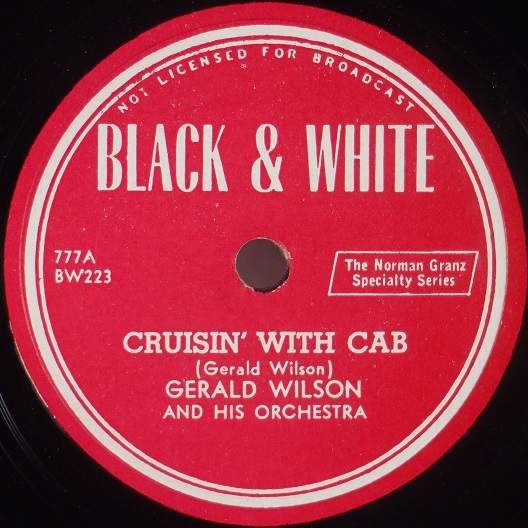 Mosaic Records, the Stamford, Connecticut-based long-running purveyor of historical jazz box sets, is at it again. In the past they have devoted anthologies to small but significant record labels such as Commodore, HRS, Strata East, and Bee Hive. Now they are delving into the catalogue of the Black and White label, a company that began in Brooklyn in 1943 and moved to Los Angeles, where it became a part of the brief-lived boom for independent record-makers in the immediate aftermath of World War II.

The projected Black and White label set will be 12 CDs at most, focusing on jazz content, and will include artists such as progressive big-band leaders Gerald Wilson and Earle Spencer, pianists Art Hodes, Cliff Jackson, and Willie the Lion Smith, vocalist Helen Humes, and clarinetists Barney Bigard and Joe Marsala. Saxophonist Jack McVea and some other musicians whose recordings for Black and White fall more into an R and B or blues category will not be included; neither will several jazz sides, such as saxophonist Charlie Ventura's, that were sold for release on other labels, or recorded for other labels and then sold to Black and White (such as the recordings that Charlie Parker and Dizzy Gillespie made with Red Norvo for Comet, subsequently licensed to Black and White). There is no estimated release date yet for the project.