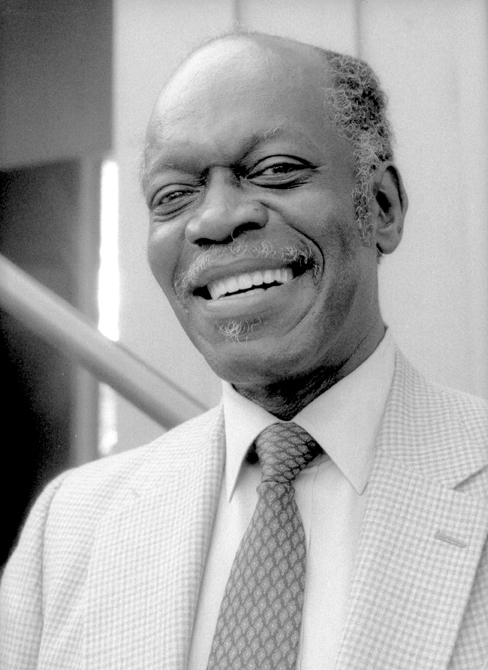 Hank Jones, a pianist whose playing seemed suffused with his own special brand of jazz grace, died Sunday night at the age of 91.

The Musician, The Man

Jones came from the same highly talented musical family in Detroit that produced trumpeter Thad Jones and drummer Elvin Jones. The oldest of the three, Hank nevertheless outlived both Thad and Elvin.

He was one of the last of the 'swing-to-bop' generation, that group of musicians who came of age in the early 1940s of whom bandleader Gerald Wilson is a significant survivor.

"Urbane" and "versatile" are two words that come up a lot in past and present accounts of Jones. It's been suggested that he was one of the most recorded pianists of the 20th century. Certainly in the course of his seven-decades-long career he seems to have played with nearly everybody, from Ella Fitzgerald and Charlie Parker to Joe Lovano and Roberta Gambarini. Jones' ubiquity extended even beyond the jazz world; when Marilyn Monroe sang "Happy Birthday" to President John F. Kennedy in 1962, it was Jones who accompanied her on the piano.

What made Jones so appealing as a piano player? As Detroit Free Press music critic Mark Stryker wrote yesterday, "Jones... was revered for his aristocratic touch, relaxed elan, encyclopedic stylistic breadth and note-perfect clarity." Such qualities are part of what led saxophonist Stan Getz to say in 1991, "There are only three pianists left: Hank Jones, Tommy Flanagan, and Kenny Barron." (Of course, Getz left out Herbie Hancock, McCoy Tyner, and a gaggle of other worthies – but he was talking about a certain kind of old-school accompanist.)

One of my favorite Hank Jones CDs combines two 1958 albums, The Talented Touch and Porgy and Bess. There is a kind of playful zest to Jones' style that too often goes overlooked. One hears it here especially on the Porgy sides with guitarist Kenny Burrell. Another favorite is the 1993 trio tribute to Thad Jones, Upon Reflection, with brother Elvin joining in on drums. There's a lovely, burnished, and quietly vital glow to the music on that album that serves to remind us of what an underrated composer Thad Jones continues to be.

A jazz-world figure whom I respect very much once remarked of Hank Jones that he "never played an impolite note." The comment was more of a criticism than a compliment, the implication being that Jones was too nice, too wary of risking offense or aesthetic misadventure. Granted, Jones' wide-ranging versatility didn't often extend to outside contexts (though he did record an album of traditional African music), but jazz is an expansive genre – there should always be room for somebody like Hank Jones, and somebody like Hank Jones doesn't come along very often.

The effortlessness of Jones' sound was proof of a lifetime of work and deep devotion to his craft. Whenever I've put on a Hank Jones record, I've experienced gratitude and pleasure. Among the complex array of rewards that music can bring about, such returns remain profound.