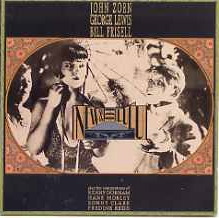 SaxophonistJohn Zorn is a modern avant-garde icon. In the late 1980s, however, with several tributes to heroes of the 1950s and 60s hardbop era likeÂ Hank Mobley and Sonny Clark, he honored the musicians who came before him with an edgy passion that also revealed Zorn's skills in a straightahead jazz setting.

Writing about the firstNews for Lulu album, critic Art Lange writes, "It reminds us that the ranks of post-bop players produced a number of great blowing tunes with witty or lyrical turns of phrase; it rescues these tunes from oblivion while communicating the joy and exhilaration at their essence, and shows that a fresh, imaginative and fearless attitude can revitalize such material without mimicking older performance styles."