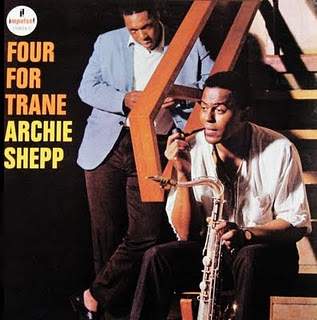 Tenor saxophonist John Coltrane looms large in modern jazz history. A man and musician who overcame early personal problems to be a key part of Thelonious Monk andMiles Davis‘s legendary 1950s groups, Coltrane went on to take his place beside these jazz giants as a leader, a player, and a composer.

John Coltrane changed the way people thought about how to play, how to write, and how to live--quite an achievement for an artist in any field. Jazz scholar Carl Woideck says, "Decades after his death, young jazz musicians several generations removed from Coltrane are still inspired by his dedication to music, pursuit of musical knowledge, and pursuit of instrumental technique."

Coltrane engaged this pursuit in part through his composition. A number of the tunes he wrote in the late 1950s and early 1960s, including "Naima" and "Moment's Notice," have become jazz standards. The John Coltrane Songbook includes interpretations of his music by artists who either worked with him or were influenced by him, as well as music from a couple of older jazz veterans who gave big nods to the impact he had upon jazz in the 1960s.