Jivin' With the DJs: Jazz Tributes 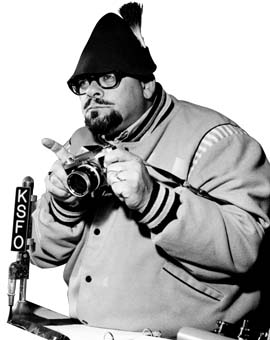 In the 1940s and 1950s the jazz format emerged on radio, and with it a number of colorful, laidback on-air personalities who helped disseminate the new sounds of bebop and early R and B. In response, musicians sometimes wrote and recorded tributes to these DJs. In this program we'll hear Charlie Parker's "An Oscar for Treadwell," Allen Eager's "All Night, All Frantic" (for the legendary Symphony Sid Torin), Illinois Jacquet's "Jivin' With Jack the Bellboy," Mary Lou Williams' "In the Purple Grotto" (for Al "Jazzbo" Collins, who pretended to broadcast from a cool, purple-colored chamber), and many more. Note to south-central Indiana listeners: the Bloomington street Treadwell Lane is named after the jazz DJ!