The Jazz Loft Project: Bringing A Hidden History To Life 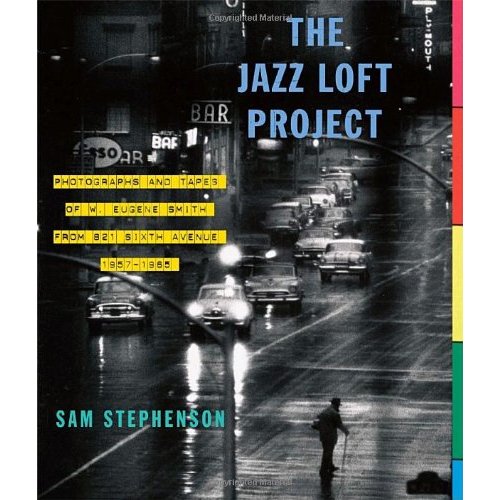 Imagine a place and time when jazz converged with literature and painting. A gritty, vibrant setting where Norman Mailer might breeze by to talk philosophy while Thelonious Monk prepares for a concert in another room. Maybe Bob Brookmeyer and Zoot Sims are jamming, or Salvador Dali's dropped in to help plan a happening. Urban street-life regulars are there as well â€“ this is no sanitized and disconnected sanctum of sterility; it's a hive of creation amid rot. Now imagine that place has been virtually recreated, through photographs and film and interviews and audio recordings that take us into the world of this 1950s/60s New York City cultural underground. Don't pinch me â€“ I've died and gone to Night Lights heaven. Said heaven? The Jazz Loft Project.

A Short History Of The Jazz Loft Project

A few years ago a two-CD set was released of recordings of jam sessions from the Jazz Loft. Reproductions of original loft renter David X. Young's paintings gave the listener a background for the scene. The Jazz Loft Project continues what that set began. It is a comprehensive restoration of 821 Sixth Avenue, the five-story building whose tenants included W. Eugene Smith.

Smith was a photographer who documented the loft not only through pictures, but through thousands of hours of tape-recordings as well. With his work, as well as numerous interviews with those who passed through the loft during the 1950s and 60s, the Jazz Loft Project has produced a book, a radio series, an exhibition (punch my ticket for the Chicago stop), and a website. All these resources give palpable evidence of jazz as the swirling smoke in mid-20th century Manhattan artistic life.

The website's audio archive is one of its most instantly compelling resources. You can listen to

There are other, non-musical items as well. Smith liked to tape all kinds of things, among them Nelson Algren and Norman Mailer discussing James Baldwin and civil rights on the radio in 1963, and Jason Robards reading from F. Scott Fitzgerald's "The Crack-Up."

Off On A Roll

The Jazz Loft Project is the brainchild of Sam Stephenson, a Duke University instructor and researcher who has been studying the life and work of W. Eugene Smith for more than a decade. The Project is off to a great start: The New York Times has recommended the book in its holiday gift guide; and Stephenson made an appearance on the Today Show.

Sam Stephenson and everybody else who labored on this project deserve high praise. This is the future of jazz history, and they're already there. We are the lucky witnesses.

For More About The Jazz Loft Project...

â€¢ Check out this timeline for a sense of all that was going at the Jazz Loft during the 1950s and 60s.