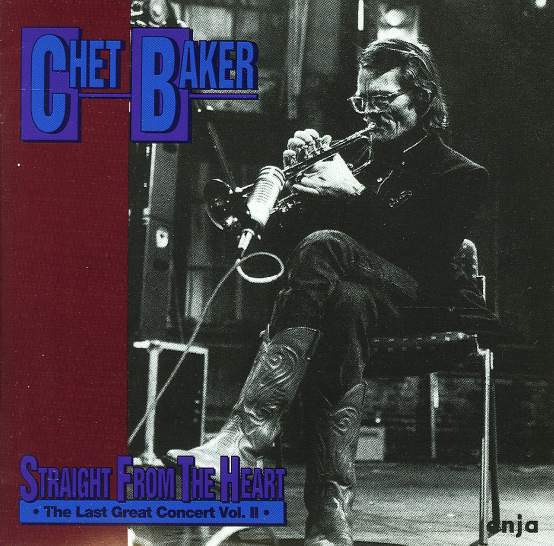 Smoke dreams, sorcerers, ghosts, and stalking monsters: we‘ll experience paranormal jazz encounters with those spectres through the music of Duke Ellington, Miles Davis, Lennie Tristano, and Red Norvo, and we‘ll also recount the mysterious ends of four notable jazz musicians and hear some of their recordings as well, on this "Jazz Haunts For Halloween" edition of Night Lights.

Ghost Of A Song

The songwriter Cy Coleman wrote "Witchcraft" for a 1957 musical revue called Take Five---no relation to the subsequent Paul Desmond tune immortalized by the Dave Brubeck Quartet---and Carolyn Leigh added words, leaving Frank Sinatra to complete the alchemy of a standard with his 1957 recording for Capitol. In 1959 the Bill Evans Trio served up a coolly bubbling instrumental interpretation for the album Portrait In Jazz that kicks off our Halloween tribute.

Next we hear something rather otherworldly from the team of singer Mildred Bailey, vibraphonist/bandleader Red Norvo, and arranger Eddie Sauter: "Smoke Dreams," a song that originated in the 1936 movie After The Thin Man, and which Sauter, supposedly angry at Bailey for her domineering ways with Norvo‘s band, made as difficult as possible for the vocalist to sing. As writer Will Friedwald points out,

It‘s literally impossible for Bailey to find her opening note in this bizarre, Martian opening, but pianist Bill Miller calmly supplies her with the F natural that she needs to get going, and from that point on she‘s as unsinkable as ever.

We also hear from pianist Lennie Tristano, along with alto saxophonist Lee Konitz, performing "Ghost of a Chance," a song that goes all the way back to Bing Crosby and 1932, with lyrics by Crosby and Ned Washington, and music by Victor Young, who wrote a number of melodies that became jazz standards---"Stella By Starlight," "When I Fall In Love," and "Street of Dreams," among others. The song was a favorite of Tristano‘s for improvisation.

In our next set of classic jazz with a Halloween twist we meet an inhabitant of Duke Ellington‘s extended work Night Creature, recorded with Ellington‘s big band, augmented by the Stockholm Symphony Orchestra, while Ellington was touring Europe in 1963. The movement "Stalking Monster" was said by Ellington to evoke "that imaginary monster we all fear we shall have to meet some midnight… I‘m sure we shall find that he, too, does the boogie-woogie."

First, something from the so-called "Second Great Quintet" of trumpeter Miles Davis, his mid-1960s group that included Wayne Shorter on tenor sax, Herbie Hancock on piano, Ron Carter on bass, and Tony Williams on drums. It‘s the title track from his 1967 album Sorcerer, dedicated to Davis by its composer Herbie Hancock, who said that

Miles is a sorcerer. His whole attitude, the way he is, is kind of mysterious… His music sounds like witchcraft. There are times I don‘t know where his music comes from. It doesn‘t sound like he‘s doing it. It sounds like it‘s coming from somewhere else.

"Mysterious Ends" is the theme of the second half of this Halloween-week edition of Night Lights, featuring the music and stories of four notable jazz musicians whose deaths remain something of a mystery. We‘ll begin with the story of Jack Purvis, an intense, erratic and flamboyant trumpeter from Kokomo, Indiana. Legends about him abound: that he climbed the Alps in his bare feet, that he ran guns in Mexico, that he flew a plane under all the New York City river bridges, that he was chased by gendarmes across the rooftops of Paris, that he stole a horse in a bid to impress jazz singer Connie Boswell, delivering it to her apartment door. In the late 1930's he was arrested for robbery and imprisoned in Texas, where he led a jailhouse band that broadcast over the radio. An inmate on death row was so taken with the group that he requested a stay of execution to hear them one last time; his request was granted by the warden, who subsequently requested all judges in the district to never set execution dates on nights that coincided with Purvis' performances.

Purvis vanished not long after his release from prison in 1947; in 1962 a body alleged to be his was found in a San Francisco rooming house, an apparent suicide from carbon monoxide poisoning. An autopsy indicated that cirrhosis was the actual cause of death; the mystery deepened six years later when a man purporting to be Purvis showed up in a San Francisco nightclub. His physical description and extensive knowledge of obscure 20's and 30's musicians with whom Purvis had performed led some jazz scholars such as Richard Sudhalter to profess belief that the man may have indeed been Purvis. If so, he was never heard from again-only deepening the legend of Jack Purvis.

An air of mystery surrounds the death of Wardell Gray as well. Gray was a swing-to-bop tenor saxophonist, reflecting both the coolness of Lester Young and the heat of Gray‘s bebop contemporaries, with what jazz writer Ted Gioia describes as a "mature, distinctive sound, one that could be lyrical and driving at the same time." Gioia also notes the elusive and sometimes-contradictory aspects of the little that we know about Gray, nicknamed "the Thin Man" for his slight build---a chess player and reader of Shakespeare and Sartre who spoke eloquently about progressive politicians and civil-rights organizations, a man initially strongly opposed to the use of drugs who became a strung-out heroin addict. Gray died at the age of 34 in 1955, his body found in the desert several miles outside of Las Vegas. Rumors circulated that he had been murdered by dealers he‘d burned, or by mobsters for having an affair with somebody‘s girlfriend. The most credible story seems to be that he overdosed in a Vegas hotel room and that a panicked companion dumped his corpse. There‘s no mystery, however, about Gray‘s talent and fire, captured most notably in one of the first and greatest tenor-saxophone duels in jazz history:

Albert Ayler: A Prophet Of The Avant-Garde

Another tenor saxophonist whose death is tinged with mystery is Albert Ayler, a key figure in the free-jazz movement of the 1960s. Ayler‘s music was once described as sounding like "a New Orleans marching band on LSD." His roots were in the R and B scene of the 1950s, but he took the honking-tenor sound into a far more musically complex and spiritually elevated realm in the 1960s, utilizing a powerful tone, a wide range of registers, a disregard for conventional notes and rhythms, and a deep reservoir of psychic courage. John Coltrane was among his admirers and helped get him signed to Impulse Records, but after Coltrane‘s death in 1967, and the nervous breakdown of Ayler‘s trumpeter and brother Donald, the saxophonist began to pursue a more mainstream musical path, disappointing his avant-garde fans. In July of 1970 he played some concerts in France that returned stylistically in some ways to his early-to-mid-1960s sound.

Not long after that, in early November, Ayler disappeared, and his body was found several weeks later in New York City‘s East River. There were rumors that he had been murdered, and for years afterwards uncertainty surrounded his death. In 1983 his companion and late-period musical partner Mary Parks told an interviewer that Ayler had been feeling despondent and blaming himself for his brother‘s mental-health problems, and that he had committed suicide by jumping off a ferry. No evidence has emerged since then to contradict her account. We‘ll hear some music from one of those final concerts: Albert Ayler in France in 1970, just several months before his disappearance, performing "In Heart Only," on Night Lights:

This jazz-haunts-for-Halloween edition of Night Lights concludes with one more mysterious-end story and recording, from trumpeter and vocalist Chet Baker. Baker led what can be described with some confidence as a troubled life, rising to stardom in the 1950s first on the strength of his trumpet playing, then on his good looks and vulnerable singing voice, but at the same time descending into a drug addiction that would dog him for the rest of his life, leading to occasional jail sentences and other legal troubles.

Baker spent much of the last ten years of his life performing and recording in Europe, and it was there that he died on May 13, 1988, in Amsterdam in the Netherlands, his body found on the sidewalk 30 feet below a hotel room where he‘d been staying. Theories abounded---that he‘d fallen out of his room‘s window accidentally, that a dealer he hadn‘t paid off had pushed him out. But his room was locked from the inside and showed no signs of a struggle, and the window from which he‘d fallen could only be opened 15 inches, making an accidental fall unlikely. Baker biographer James Gavin, who extensively chronicled the drug-induced emotional frenzy of Baker‘s final days, believes Baker‘s death was quite possibly a desperate act of will on the trumpeter‘s part. We close with music from one of Baker‘s final concerts-a haunting rendition of one of the songs most closely associated with him: