Jazz Capitals Of America: A Bibliography 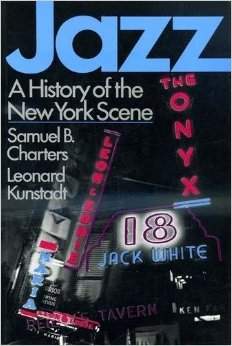 Random thoughts from a resident of the Jazz States of America: this past weekend I checked in with Detroit Free Press music critic Mark Stryker to see how his book on Detroit jazz was coming along. (Full disclosure: Mark is a friend and hails from Night Lights' home base of Bloomington.) The book, Made in Detroit: Jazz from the Motor City (Univ. of Michigan Press), is described by Mark as "profiles and essays focused on modern and contemporary players, among them Gerald Wilson, Hank, Thad and Elvin Jones, Barry Harris, Tommy Flanagan, Louis Hayes, Ron Carter, Joe Henderson, Marcus Belgrave, Geri Allen, Bob Hurst, Karriem Riggins, etc. In progress." Another friend, singer David Floodstrand, says he's working on "Rush Street, Chicago's Street of Dreams, a history of Chicago's nightlife and entertainment district."

I sought out these updates because I'd been thinking about my penchant for reading histories of jazz in particular cities, and wanted to put together a list of previously-published titles for the Night Lights site. In a number of instances, these books have been written by hometown historians as a labor of love. I tried to stick to volumes that are concerned primarily with a comprehensive chronological look, but there are others certainly worthy of mention, such as bassist Bill Crow's memoir From Birdland To Broadway, which functions indirectly-well, pretty directly, really-as an account of the mid-20th century New York City jazz scene, and Sam Stephenson's Jazz Loft Project, an almost laboratory-like look at one specific beehive of jazz-and-arts culture in 1950s and 60s NYC.

I can't lay claim to having read all of the books listed below, but I've finished many of them and intend to read the ones I haven't. If I'm overlooking anything (and I surely am), comment below or shoot me your suggested addition through the Night Lights contact form.