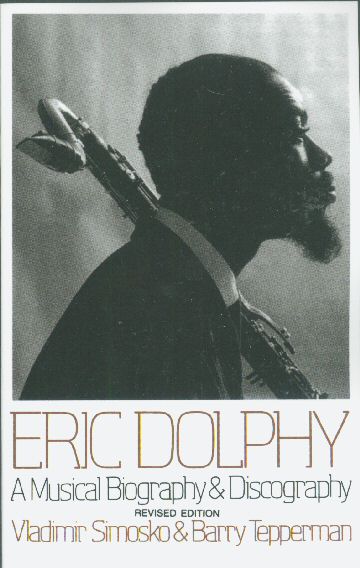 Eric Dolphy emerged from the thriving mid-20th-century Los Angeles jazz scene and became an important player in the groups of Chico Hamilton, John Coltrane, and Charles Mingus. A highly-skilled musician who played alto sax, bass clarinet, and flute, Dolphy created a bracing, unique sound forged in both bop and the avant-garde that one critic described by turns as "urgent" and "elegant."

From 1960 through 1964 he made a number of significant recordings as a leader but found it economically difficult to sustain a working group. In the last year of his life he waxed an album for Blue Note that many consider to be his masterpiece, Out to Lunch, which displayed impressive strides in both his playing and compositional abilities.

Months later Dolphy was dead at the age of 36, and colleagues and critics mourned the loss of his gentle, benevolent personality as well as his bold jazz aesthetic.

Writer John Litweiler has noted that "like the visual artists of his day...the world that Dolphy perceives is so vibrant and unbounded that expository or representational or other inherited forms are completely inadequate to reveal it. Dolphy's may be among the great unfinished careers in art."

"Dolphy '64" features recordings from the last few months of Dolphy's life, including music from Out to Lunch and Dolphy's concert album Last Date, a European concert performance with Mingus, an appearance with a small-group offshoot of the Third-Stream ensemble Orchestra U.S.A., and a side from pianist Andrew Hill's Blue Note LP Point of Departure.

Paul Karting's invaluable Dolphy page provides a wealth of information and photographs from the musician's 1964 tour of Holland.

Read and listen to excerpts from an interview that Leonard Feather conducted with Dolphy (thought to have been conducted sometime in the last year of Dolphy's life).