Do It Again: Jazz Remakes 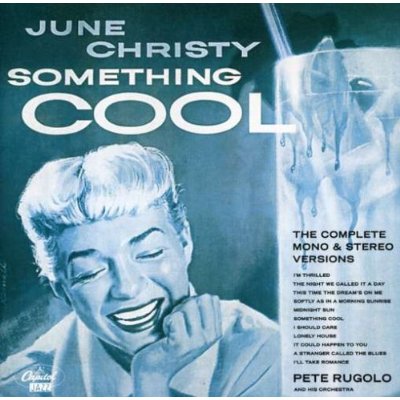 Jazz artists have occasionally revisited albums years or decades after their original release, sometimes re-recording them in their entirety. Often this has been done to take advantage of new, better-sounding audio technology, to explore the longer LP format, or simply to tackle material in a new different musical aesthetic.

On this edition of Night Lights we'll hear such revisitations from:

and other artists who have given their material a second-time-around treatment.

One of the most seminal albums in post-World War II jazz didn't actually come out as an album, originally. That's because albums didn't even exist yet when Miles Davis, Gerry Mulligan, and a small group of like-minded colleagues waxed the sessions that came to be known as Birth of the Cool. Originally released as 78s, these sides had a considerable impact on the West Coast and Third Stream jazz movements of the 1950s; they first surfaced as a collected entity on a 1954 Capitol 10-inch LP. Only then were they released again, in 1957, as a full-length album that boasted the title, Birth of the Cool.

The original musicians were a convergence of New York City bebpop players and members of the Claude Thornhill big band. In 1991 baritone saxiphonist Gerry Mulligan, who'd contributed nearly half the arrangements for the 1949-1950 sessions, approached Miles Davis about re-recording the Birth of the Cool material. In the past, Miles had opposed such projects, but he was just coming off a concert that had featured him performing some of the music he'd originally recorded with Gil Evans, and he told Mulligan that he might be interested in doing a new album.

Unfortunately, though, Miles died just a few weeks later, at the age of 65. The new Birth of the Cool was recorded several months later, with three of the 1949-1950 musicians returning: Mulligan, tuba player Bill Barber, and pianist John Lewis. Trumpeter Wallace Roney took the place of Miles.

Echoes Of The Past

Arranger Gil Evans played an important part in the first Birth of the Cool sessions. He passed away in 1988, three years before Gerry Mulligan conceived of the new Birth of the Cool, but ironically, one of his last recording projects was very similar in nature. In 1956 singer Helen Merrill had asked to work with Evans on her second album, a follow-up to a recording done with trumpeter Clifford Brown. The result was Dream of You, Evans's first full-length LP as an arranger, and a record that was to garner a near-cult-like following over the next thirty years.

In the mid-1980s, Merrill's record company suggested that the two do another album together. The end result's song lineup nearly mirrored the 1956 recording. According to Merrill, Evans had slowed considerably in his pace of work by that point, though, so it took much longer to do.

Duke Ellington debuted his ambitious symphony, the nearly hour-long Black, Brown & Beige Suite at Carnegie Hall in January of 1943. Reviewers were generally not kind to the piece, though now it is highly regarded. The New York Herald Tribune sniffed that "the whole attempt to fuse jazz as a form with art music should be discouraged."

Perhaps because of such reviews, Ellington shortened the work considerably when he was at last able to make studio recordings again, in 1944, after the Petrillo ban on new sessions ended. According to jazz scholar Dan Morgenstern, the four selections, totaling 18 minutes in length, were released as two 12-inch discs in a four-color, double-cardboard sleeve, and presented as an RCA Victor Showpiece, with a photo and biography of Ellington on the back and an inside gate-fold that featured annotation and portraits of some of the Ellington band members. Fourteen years later, Ellington would revise the work and record it as an LP for the Columbia label, with gospel singer Mahalia Jackson on the "Come Sunday" section.

In the 1950s, with the introduction of stereo recording, a number of big bands (like the Dorsey Brothers and Harry James) re-recorded their classic songs in modern hi-fi. One singer who'd gotten her start during the big band era also took advantage of the sonic upgrade: June Christy, who'd done a tour of duty with the Stan Kenton Orchestra in the late 1940s.

In the early '50s, the album format was really beginning to take off. In late 1954, Christy recorded seven tracks with arranger Pete Rugolo; these were released in the summer of 1954 as a 10-inch LP called Something Cool. The commercial response was positive enough that Capitol Records sent Christy and Rugolo back to the studio to record another four songs, so that the album could be released as 12-inch LP. This version became one of Christy's biggest sellers, fueled in part by the title track, a torchy, late-night bar song. According to writer Will Friedwalked, when Christy appeared in Hugh Hefner's 1958 Playboy's Penthouse TV program, it was the number that Hefner requested, "because it tells such an unusual story." In 1960, Christy and Rugolo re-recorded the entire album in the new stereo format.