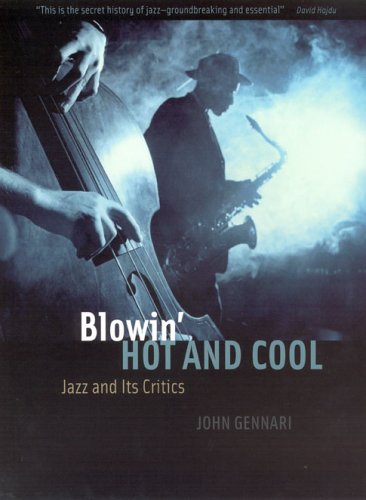 A Brief History Of Jazz Criticism

Jazz criticism first emerged in the 1930s, accompanied by the rise of "hot clubs" and collector groups. Critics were often young white men who gathered to listen to recordings, argued feverishly over the merits of their favorite players, and pursued an obsessive interest in what came to be known as the science of discography.

Some critics, such as Leonard Feather and John Hammond, became powerful agents of influence in the jazz world. They promoted musicians in the jazz press, producing record sessions, and organizing concerts. During subsequent decades, writers such as Martin Williams and Nat Hentoff would continue and extend the work of their predecessors as jazz evolved stylistically and began to be treated as an art music.

Although jazz critics have done much to advance the music throughout its history, they have also often been sources of controversy, particularly in their relationships with musicians and their responses to certain aesthetic directions (such as bebop or free jazz). On this edition of Night Lights we'll hear some of the music that has provoked debate and discussion among critics. These tracks include:

You can read more about Gennari's book and peruse his own chosen soundtrack for it here.

Here are some comments from John Gennari that we were unable to use in the broadcast of the show.