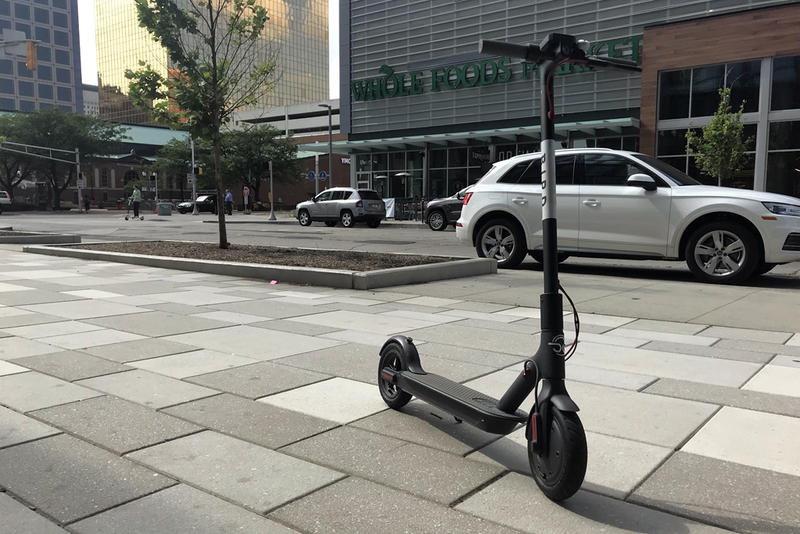 While Indianapolis and Bloomington have already created and implemented regulations on electric scooter companies, West Lafayette officials took on the issue of data security in a special meeting Monday night.

The council spent about two hours reviewing and editing an ordinance that would represent the first rules on the books specifically for the pay-as-you-ride vehicles.

Using the City of Indianapolis’s policy as a model, the West Lafayette City Council proposes charging companies an annual fee of $15,000 as well as $1 per scooter, per day.

The only electric scooter company to send a representative to Monday’s meeting was Spin – owned by Ford Motors.

Government partnerships manager Frank Speek says his company wants to set itself apart by working with cities, not just dropping scooters in unannounced, as some other companies have done in Indiana.

“The more that we’re going into communities and talking with them, a lot of people are getting word of what the electric scooters are and so what we’re finding is that a lot of cities are just pre-emptively banning the scooters,” says Speek. “And so they’re requiring companies, other companies that have done the rouge launches to not operate within their community. So being proactive, reaching out to the elected officials and talking to them first has been a very successful model for us.”

One of the key issues focused on in Monday’s meeting was information security.

“We do not sell data,” Speek says.

“We work with the cities providing them that information so they can look at traffic patterns,” he says.

West Lafayette Mayor John Dennis says an ordinance currently in the works will make sure any information requested by the city does not include personal data.

“Obviously a lot of these companies, not just scooter companies, but a lot of companies use base data in order to register the use of the device, do collect and sell that data,” says Dennis. “You know, we obviously in some cases have issues with that. But our point here is to make sure we legitimize the process in general, more specifically for West Lafayette, so that we’re more comfortable with what’s going on, and if that works here we can spread to other locations as needed.”

Spin’s only current scooter operation in Indiana is across the Wabash River in Lafayette as a part of a pilot program that city is conducting.

Dennis says if discussions stay on schedule, his city’s ordinance could be voted on in February.