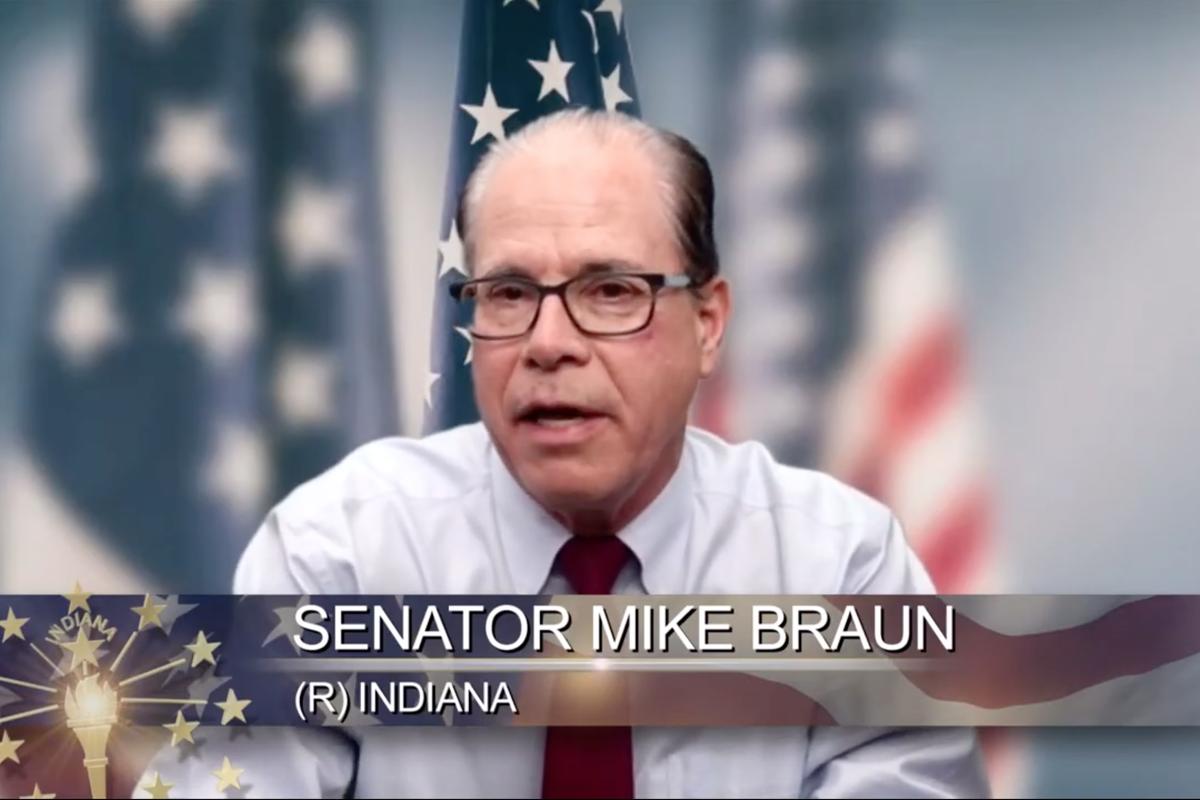 On others, he said it wasn’t a job for the federal government, but one for the state to address, such as the gender pay gap and the minimum wage.

“And if states have a minimum wage which is too low, you’re gonna find people will decide in the long run to maybe do something else,” Braun said.

Braun, who has tried to become a climate change leader in Congress, got several questions about the state’s energy future. The Hoosier Republican said, in the long run, the “cleanest, most affordable fuel should carry the day.”

“And that could even be things like advanced nuclear technology, where our own Purdue University has done some things to make that more doable,” Braun said.

The event was organized by Indiana Town Halls, a nonpartisan group promoting greater interaction between the public and members of Congress.