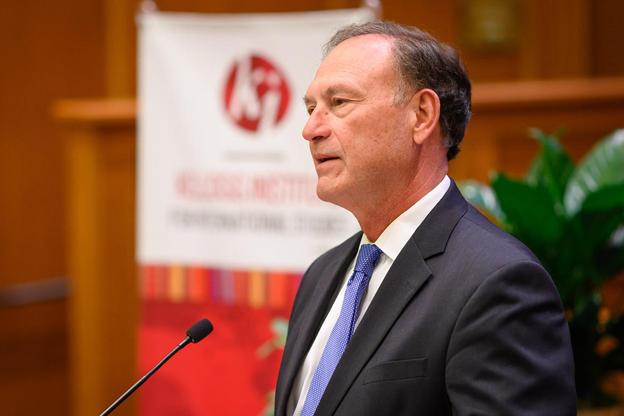 It normally takes months for the Supreme Court to issue an opinion. But with emergency appeals, justices are asked to issue a ruling within hours or days.

Recent emergency rulings have struck down the CDC’s eviction moratorium and allowed a Texas law to stay in place that bans most abortions after six weeks.

The emergency docket is also referred to as the “shadow docket,” a term Alito said is misleading and damages the court’s image as an independent institution.

He addressed ten common criticisms of the emergency docket Thursday – including that the court doesn’t issue full opinions in emergency rulings, the justices don’t receive full briefings and they don’t hear oral arguments.

Alito said those provisions take time and deliberation – two things justices can’t afford when they’ve been asked to rule in a matter of hours.

Alito’s lecture comes after a Senate Judiciary Committee hearing Wednesday that questioned the court’s use of the emergency docket. The Supreme Court's new term will begin Monday.