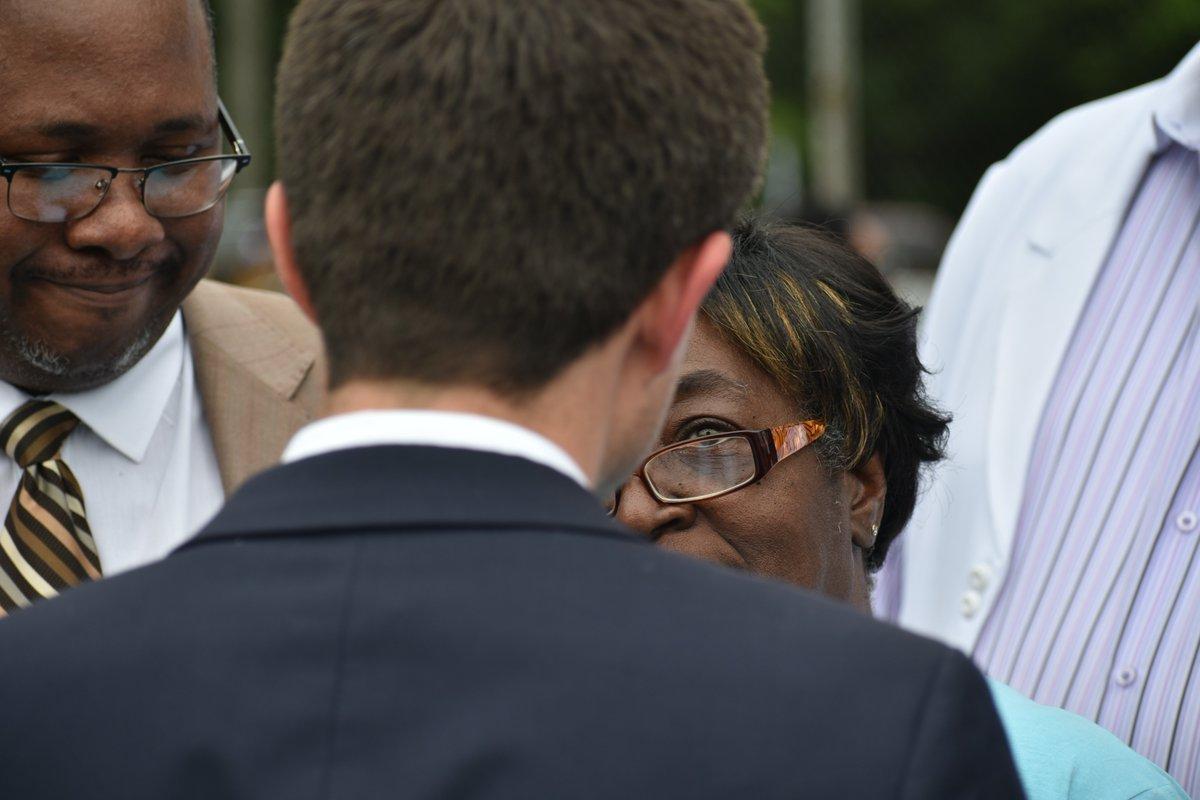 Pete Buttigieg speaks to Shirley Newbill after a gun violence memorial in 2019 in South Bend. Newbill is the mother of Eric Logan. (Justin Hicks/IPB News)

A federal judge has dismissed a wrongful death lawsuit filed by the family of a Black man who was fatally shot by a white South Bend police officer in a killing that snarled then-Mayor Pete Buttigieg’s presidential campaign.

The family of Eric Logan, 54, sued the city of South Bend and former police Sgt. Ryan O’Neill over the June 2019 shooting that happened when O’Neill said Logan refused his orders to drop a knife while the officer was investigating a report of a person breaking into cars.

Federal Judge Damon Leichty wrote in a ruling dated Wednesday that O’Neill acted reasonably when Logan moved toward him with a knife raised over his head.

“Some may choose to second-guess Sergeant O’Neill’s split-second decision that night, but faced with an imminent threat to his safety, he acted reasonably under the law based on all the information available to him in that moment,” Leichty wrote.

Brian Coffman, an attorney representing the Logan family, told the South Bend Tribune that an appeal of the ruling was being considered.

“We’re of course very disappointed with the judge’s ruling. ... We think that this is a case, a question of fact, that should go to a jury to decide,” Coffman said.

The lawsuit argued that O’Neill used excessive force and that Logan had thrown the knife before being shot twice by the officer.

A special prosecutor ruled that O’Neill, who resigned weeks after Logan’s death, was justified in the shooting. O’Neill was sentenced last year to probation after pleading guilty to a charge related to an earlier on-duty sexual encounter.

The fallout from Logan’s killing presented Buttigieg, who is now President Joe Biden’s transportation secretary, with some of the toughest moments of his bid for the 2020 Democratic nomination for president.

Buttigieg stepped away from the campaign trail and faced angry residents at an emotional town hall in South Bend, a city of about 100,000 residents, a quarter of whom are Black.