Study: Women Benefit From Maintaining Close Network Of Other Women 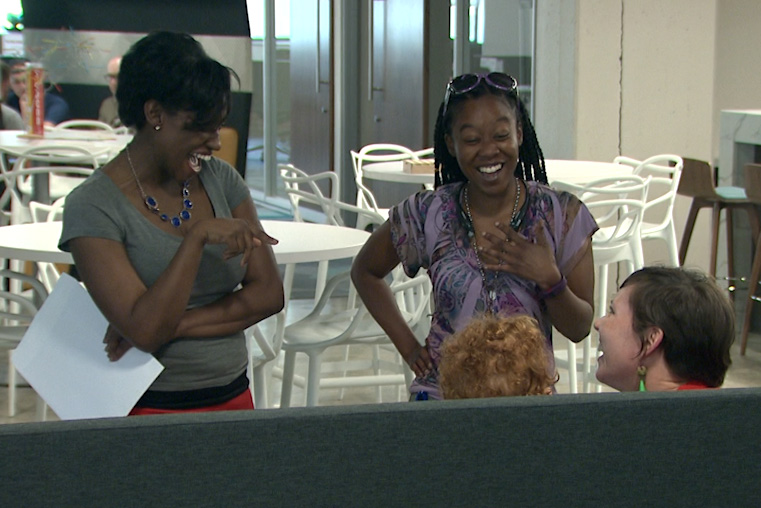 Research shows women tend to benefit from having inner circles dominated by two or three other women they communicate with frequently. (WFIU/WTIU News)

Women who maintain close relationships with a small inner circle of female colleagues in their industry are more likely to advance to higher positions in that field. That’s according to a new study from University of Notre Dame researchers.

Professor Nitesh Chawla is director of the Interdisciplinary Center for Network Science and Applications at Notre Dame. He co-authored the study, and says the original question they set out to answer didn’t look at gender at all.

“What kind of networks do we develop using a graduate school – specifically an MBA in this case – and how does this parley into our placements in terms of more high-ranking job placement?” Chawla says.

But Chawla says the data they collected to answer that question showed a noteworthy difference between the benefits of networking for men and women.

He says that women tend to benefit from having inner circles dominated by two or three other women they communicate with frequently.

He says that same strategy, which relies on several weaker connections, doesn’t seem to work for women. That’s particularly true in male-dominated fields.

Chawla says women tend to provide other women with information that isn’t often available to the public – including things like the environment at different workplaces and what he calls “insider rules.” That’s the kind of thing job applicants won’t find in online listings for open positions, such as:

“More personalized knowledge about an organization’s culture? What are the unwritten rules in the organization? What are some of the sensitive or confidential impressions on how to present oneself to the recruiter?” Chawla says.

Chawla says of the more than 700 MBA graduates surveyed, more than 75 percent of women in high-ranking positions maintained an inner circle dominated by other women.