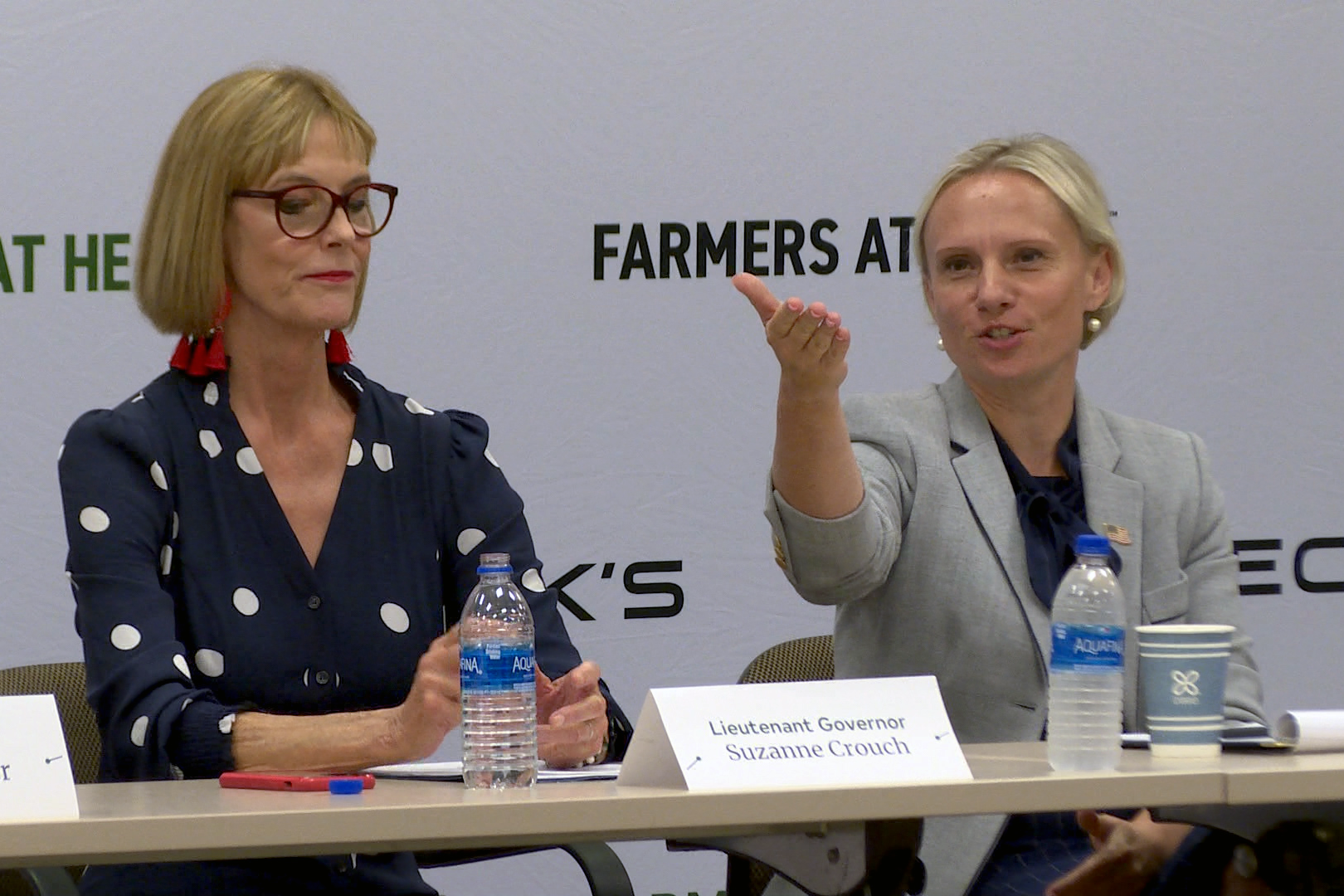 Indiana Lieutenant Governor Suzanne Crouch and Congresswoman Victoria Spartz (R IN-5) spoke at a round table in Atlanta, IN on Monday. (Brock E.W. Turner, WFIU/WTIU News)

However, Spartz says her vote shouldn’t indicate her overall support of broadband and other infrastructure investments.

While the Republican Congresswoman declined to provide a specific figure she was comfortable with, she insisted her vote would take into account specific line items and the cost-benefit analysis of each.

“Things that we cannot pay for, the things that don’t bring long term value we might have to deliberate some other time,” Spartz said Monday.

A Purdue University study revealed every dollar invested in broadband, returned $4 to local economies in Indiana.

Many without service, though, are losing patience. Current estimates show around 1 in 10 Hoosiers lack the ability to access broadband internet.

Approximately $65 billion for broadband is included in the Senate proposal.