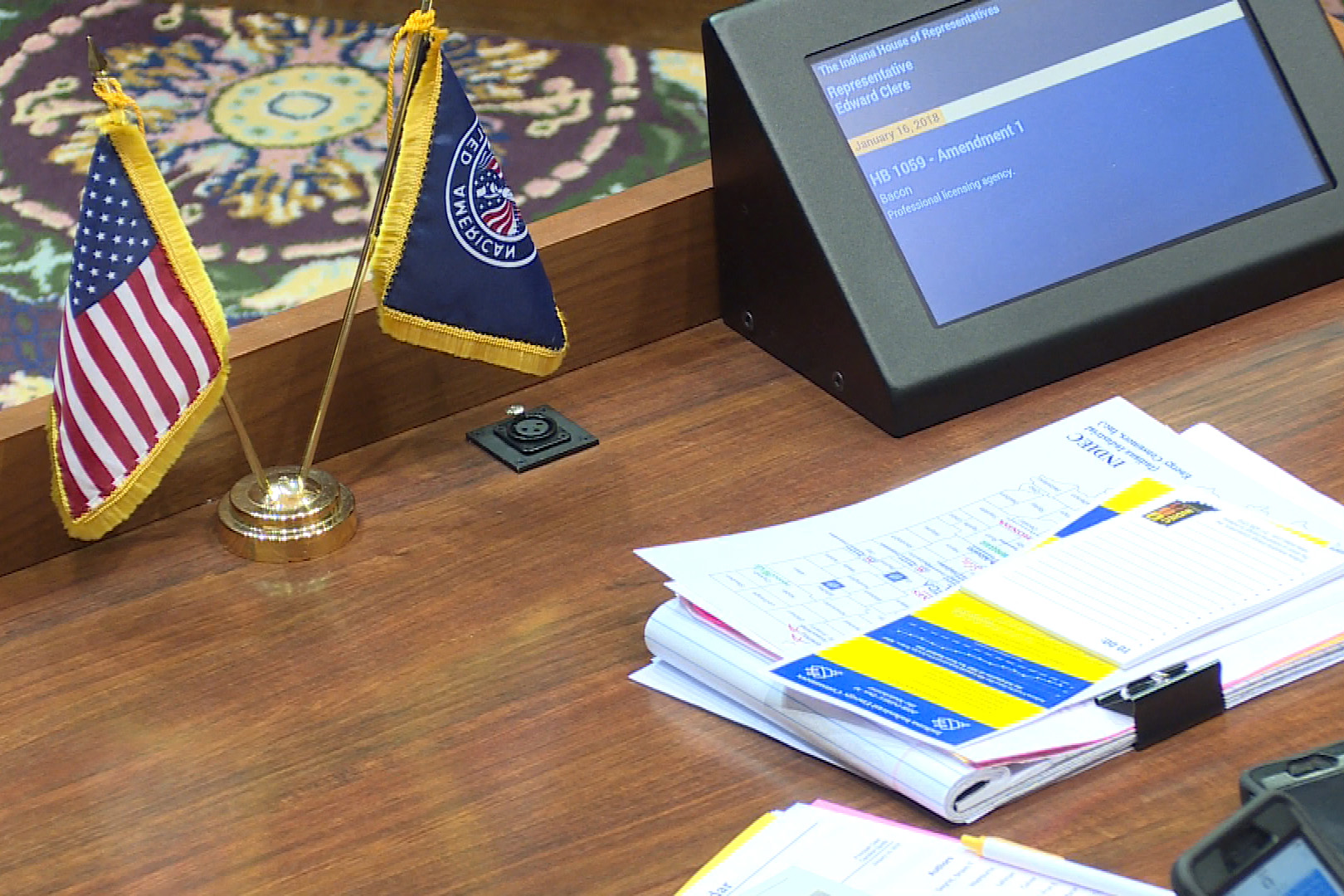 A desk in the Indiana House of Representatives. (Steve Burns, WFIU/WTIU News file)

"Students are going to continue to walk through our doors each and every day with some sort of fear one way or another," McNamara says. "If this bill does the least bit to help alleviate some of those fears then we’re headed down the right direction."

The bill also makes it easier for smaller districts to have access to the grant funding and requires a school safety drill within the first 90 days of school. It also would push participation in a Centers for Disease Control youth risk survey.

However, the bill garnered some criticism. Some lawmakers say the addition of mental health services would drain the school safety fund.

"Arming and training teachers, that’s the only thing that’s going to stop a shooter that gets past all these safeguards that we’re sitting here trying to implement right now," Lucas says.

Indiana school districts can already arm teachers, and at least two Indiana districts have policies that allow administrators or teachers to carry guns.

The bill will now move to the Senate.