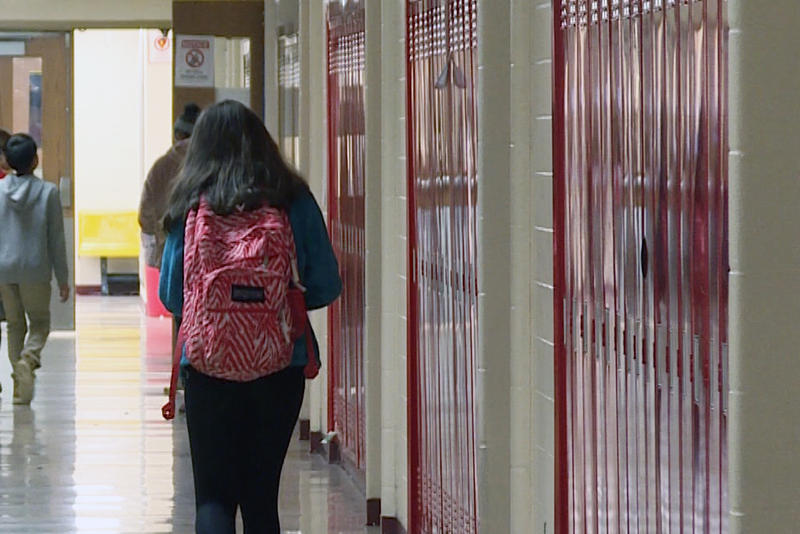 The report looks at key actions taken by Indiana lawmakers in 2008 and 2015 as contributing factors to the state's inequitable school funding model. (Jeanie Lindsay/IPB News)

A recent report says school funding gaps between students based on income status and race are widening under Indiana's state funding model, but it also makes recommendations to change course.

One of the biggest takeaways from the report is that gaps between wealthier and low-income schools are getting bigger – largely because changes state lawmakers have made to the school funding formula in the past decade.

Claire Fiddian-Green is president and CEO of the Richard M. Fairbanks Foundation, which commissioned the study. She said changes made to the state's complexity index – the formula it uses to calculate need based funding – in 2015 has meant schools spend even less on low-income kids.

"Since 2015 the overall per pupil funding level for students from low income households has dropped by 35 percent," she said.

And with more schools looking to referendum measures to fund their operations, low-income communities are falling even further behind their wealthier neighbors.

Fiddian-Green says the data also shows schools with more white kids are better funded than others.

Fiddian-Green said part of the reason is that charter schools serve a higher proportion of students of color, and charter schools can't access local property tax dollars the way traditional school districts do.

She also said because of how much those schools rely on state aid, the COVID-19 pandemic could make it more difficult to close those gaps.

"Charter schools are disproportionately reliant on the state funding that come from sales and income taxes and those of course have higher exposure during an economic downturn," she said.

But there are steps lawmakers can take to address the growing gaps; the report includes a handful of recommendations for the state to consider.

Fiddian-Green said the most critical recommendation is to base state funding support on how much local funding is available in different communities.