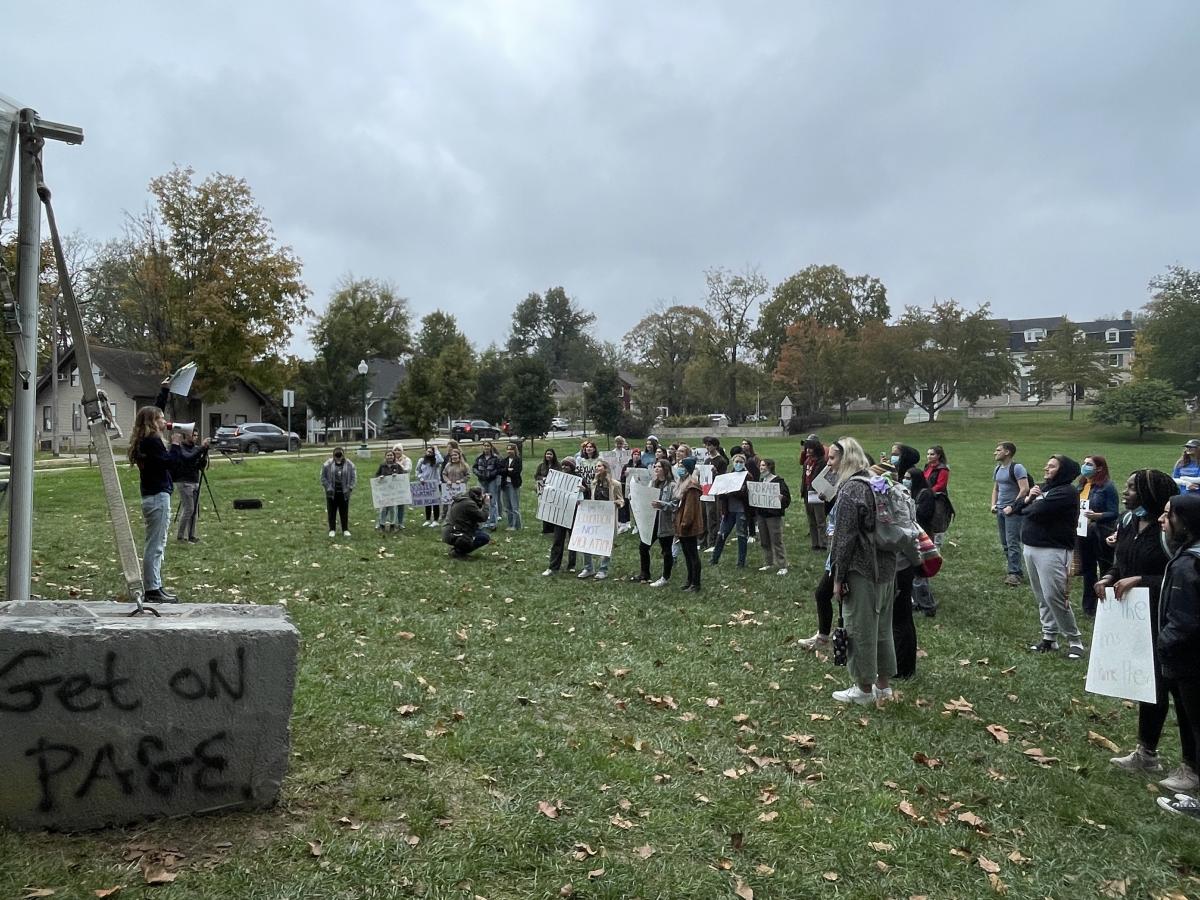 Hoosiers Against Sexual Assault group, HASA, along with supporters protested today at Dunn Meadow for a safer campus and more accessible resources for survivors.

Signs are held up during the protest reading “I pay for education, not violation” and “No means No” are held by protestors who are seeking to get a better response from IUPD and IU.

“It’s really disturbing because it feels like we’re being abandoned by the people that have promised to protect us and also really disheartening because it goes back to society blaming victims and protecting perpetrators,” said protestor Skyler Johnson. “I think it's less about being taught to respect each other and more being taught about being responsible for yourself.”

The protest organized by HASA over the past several weeks has caused controversy between the group and the sponsoring organizations. Organizations such as Shatter the Silence, The Queer Student Union, and Students Against Reproductive Restraints decided to pull out of participation due to Indiana University Student Government's great participation. Restrictions for the protest mentioned during the planning process included limitations on what guest speakers could say, discussions of fraternities and even being allowed to say “rape.”

One of the five organizers, Aanya Jain says IUSG has been a great resource to them by providing the group with finances and serving as a better voice on campus with the privileges they have.

“People started to focus on the wrong things like past hurts or whatever they had going on with IUSG rather than our mission and that has definitely undermined our intent for this protest,” said Jain.

Vice President of Shatter the Silence at IU, MegAnn Pearl feels strongly about the topic and is disappointed in how the planning process was handled. Pearl says her organization felt they weren’t included in important meetings.
“We’re stuck in the middle of understanding that the original protest leaders had good intentions, but unfortunately they kinda got wrapped up in the politics of things and having so many other organizations involved that it lost the purpose of what this was for,” said Pearl.
The group leaders are looking to find even more resources for survivors and advocates.