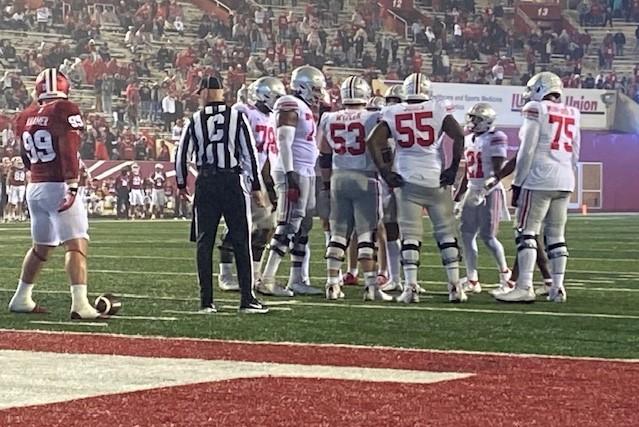 The Buckeyes scored on the opening drive of the game on an 11-yard run by Miyan Williams.

The Hoosiers tied the game on the ensuing drive; a 15-play 75-yard drive that ended in a 7-yard pass from quarterback Jack Tuttle to tight end Peyton Hendershot.

But Tuttle, who was starting in place of the injured Michael Penix, got hurt on the scoring play and had to be helped off the field.  He returned briefly later in the game.

The status of his injury isn’t yet known.

Reserve quarterbacks Donaven McCulley and Grant Gremel split time behind center for the remainder of the game.

However, it wasn’t enough as the Buckeyes scored 47 unanswered points and racked up 539 total yards compared to 128 for Indiana.

The Hoosiers fall to 2-5 on the season and have yet to win a game in conference play.

Indiana travels to College Park October 30th for its next game against Maryland.  Kickoff is at noon.