No letup for Indiana in 85-49 win over Northern Illinois 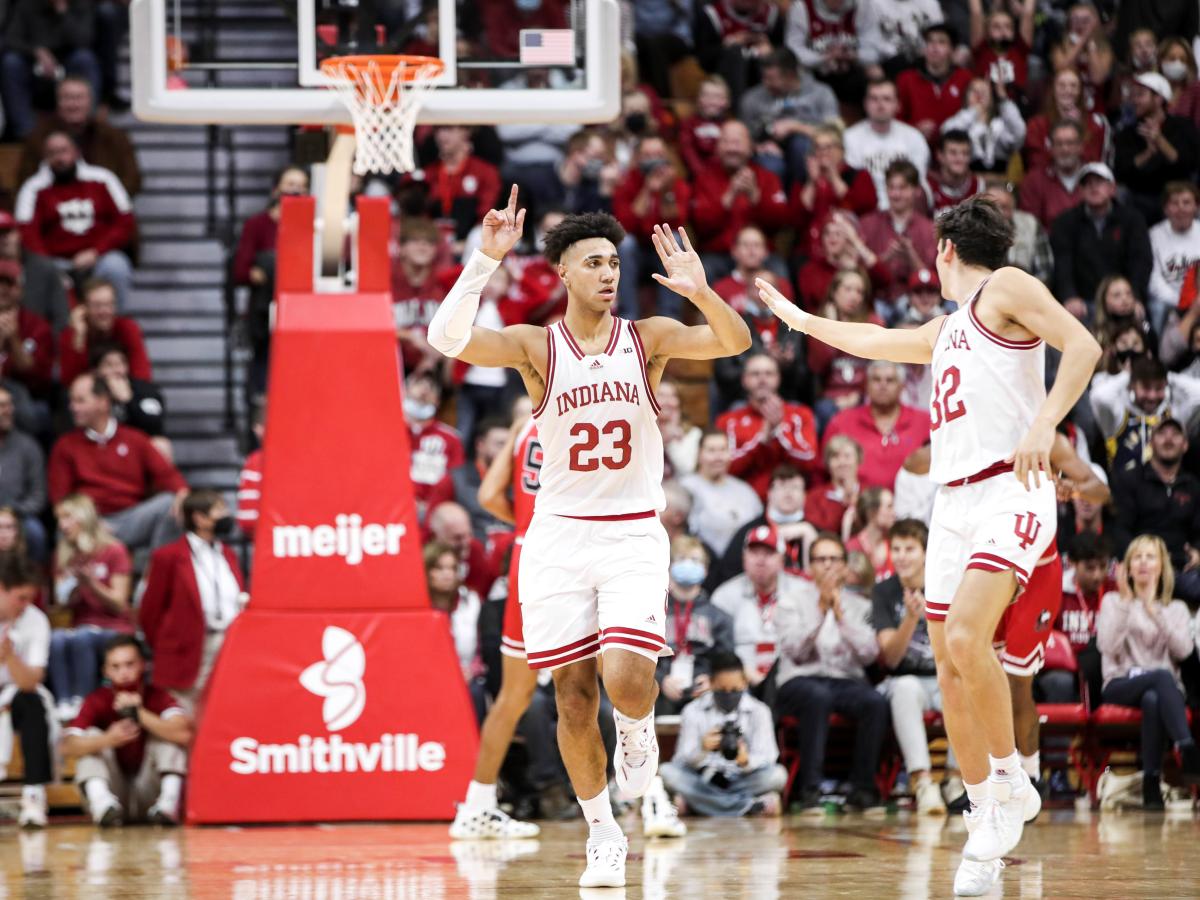 Trayce Jackson-Davis scored 19 points and blocked seven shots and Race Thompson finished with a double-double as Indiana rolled to a 85-49 victory over Northern Illinois in nonconference play on Friday night.

Mike Woodson, a standout guard for Indiana under Bob Knight from 1976-80, is now 2-0 in his first season as the Hoosiers' coach. Woodson, an Indiana native, is the first Hoosier graduate to lead the program at the start of a season since Lou Watson in 1965.

“We were solid right from the start,” Woodson said.

And unlike in the season opener, the Hoosiers didn’t let. Tuesday night against Eastern Michigan, Indiana built a 21-point lead in the second half, then had to hold on for a 68-62 win.

Woodson said he reminded the team of that at halftime, when Indiana went into the locker room with a 47-20 lead.

“We talked about it, you can be rest assured,” Woodson said. “I just told them, we can’t have that letdown.

“When you’ve got someone down, you’ve got to consistently play the way you got the lead, and I thought we did that.”

Jackson-Davis, a first-team Preseason All-American and the leading returning scorer in the Big Ten Conference, hit 6 of 9 shots from the floor and grabbed seven rebounds. Thompson added 12 points and 10 rebounds, while Pitt transfer Xavier Johnson pitched in with 13 points, three assists and two steals.

“We scored 85 points tonight, and everybody had their hand in that, which is all right with me,” Woodson said.

Keshawn Williams topped the Huskies with 21 points on 6-of-13 shooting from the floor. He hit 9 of 11 free throws and had a team-high five rebounds.

NIU coach Rashon Bruno is 1-1 in his first season with the Huskies. Bruno spent the previous six seasons as an associate head coach at Arizona State.