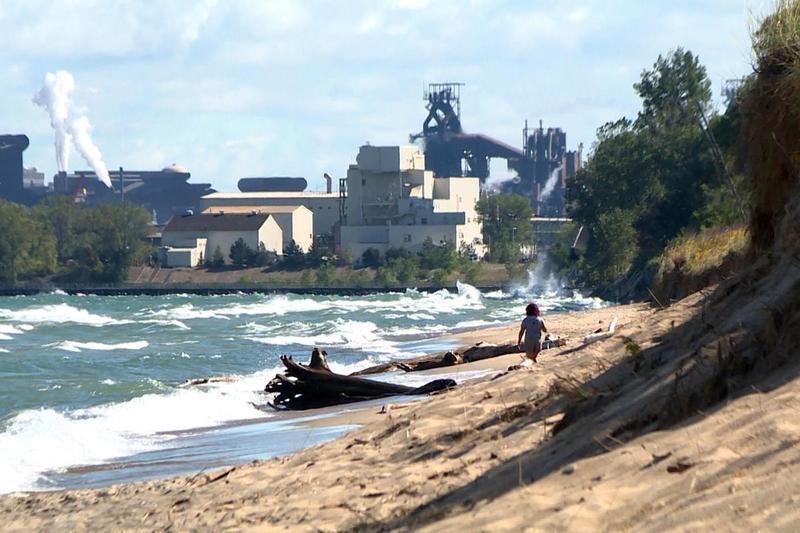 Environmental activists, lakeshore residents, and sport fishermen in Indiana say enough is enough — the state has to do more to prevent industrial spills on Lake Michigan. That was the gist of a recent letter sent to Gov. Eric Holcomb and the commissioner of the Indiana Department of Environmental Management.

The letter comes just a few days after U.S. Steel leaked excess iron into a Lake Michigan tributary causing the water to turn a rusty color. It’s one of multiple spills the plant has had in recent years — including discharging 300 pounds of the cancer-causing chemical hexavalent chromium in 2017. Cleveland Cliffs, formerly called ArcelorMittal, has also had several violations.

“Something’s not working because we continue to see these events and truly enough is enough," said Natalie Johnson, executive director of Save the Dunes.

Johnson said northwest Indiana is trying to elevate the Region for tourists — especially for visitors of the state's national park, Indiana Dunes. Spills on the lake have closed the park's beaches multiple times.

Among other things, the letter recommends the state better enforce pollution on the lake, raise the amount companies pay for chronic violations, strengthen permit requirements for discharging wastewater, and increase funding for IDEM.

Kay Nelson is the director of environmental affairs for the Northwest Indiana Forum — a regional economic development group. She said northwest Indiana industries are always trying to prevent spills and notify residents when they happen — none of them wants to be seen as irresponsible and harming the environment. But when a plant runs 24/7, 365 days a year — Nelson said accidents will occasionally happen.

Rob Michaels is a senior attorney with the Environmental Law and Policy Center. He said it's true that accidents happen and that companies can learn from them — but it's what they learn that matters.

"If they learn that, hey, we might have an accident, we'll have a spill, and we'll pay a small fine or we'll just deal with a day or two of media attention, and then get back to business as usual — that's the wrong lesson to learn," Michaels said.

Nelson said monetary penalties do sometimes need to be updated and there is always room for the state to improve how it schedules inspections. IDEM is also working to increase permit fees for industries that discharge their wastewater into the lake — which would bring in more money for enforcement.