Apps are disrupting a time-honored tradition for farmers: handshake agreements 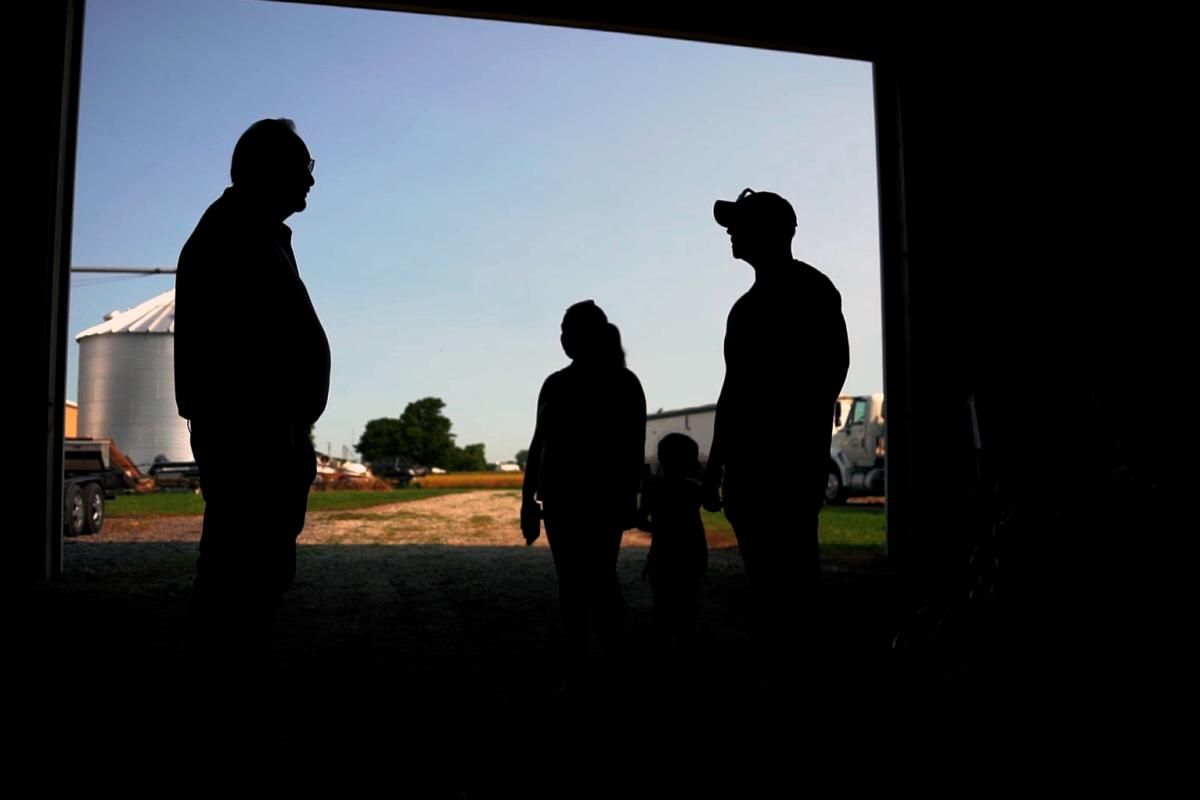 Traditionally agreement terms are kept private, but technology is ushering in a new type of agreement between farmers and landowners. (Alex Paul, WFIU/WTIU News)

For decades, farmers and landowners have relied on handshakes and personal relationships, but like so many businesses, technology is changing the they find their next bumper crop.

Those relationships—between landowners and farmers—have historically been kept private, but an app is helping democratize the sector.

David Musselman has been a farmer in Hamilton County his entire life.

“Growing up here, dad had me out driving a tractor when I was 4 or 5 years old, and I’ve stayed with it,” he said inside his shop shortly after sunrise.

While he and his family own about 500 acres, they farm much more than that. Musselman and most other farmers grow their operations by leasing land from other farmers.

While data on the subject is hard to track, experts agree the number of Indiana farmers with at least some rented land is sizeable.

“Almost all of them have some amount of rented land,” Todd Kuethe, associate professor of farmland economics at Purdue University, said.

Some research estimates 40% of all US farmland is rented, which translates to around 350 million acres annually.

For most corn and soybean farmers—especially those beginning their careers—owning all of their land is out of the question.

“They tend to work with, six or seven, sometimes upwards of a dozen different landlords,” Kuethe said it can pay for these agreements to be kept in the dark. “They also don’t necessarily want their other landlords to know what they’re paying some of the others. So, it’s really tricky to tell.

He joked the fastest way for a farmer to stop talking is asking them about these agreements.

Despite the secrecy that surrounds them, local connections are at the root of the vast majority of transactions.

“I’m friends with everybody I farm with,” Musselman said.

Some landowners who don’t have strong ties to the community, struggle to find farmers to lease their ground.

Bhupinder Singh is one of them.

“We live 40 miles away from the land that we bought, and I had no connection whatsoever with any farmer,” he said.

Singh and his family recently purchased this land in Hamilton County, and didn’t know any local farmers.

For Singh and other landowners technology is bridging the gap. Both he and Mussleman connected on the Tillable app, which connects landowners to farmers. While the majority of Tillable landowners never meet their farmers, today was different.

Singh says the pandemic altered his plans of building a new home on his land.

“We bought this land two years ago, so the goal was to build a house here away from the city, then COVID hit and things didn’t go as planned,” Singh said he plans to continue allowing Mussleman to farm this land until he’s ready to break ground.

Even though experts agree the vast majority of agreements will continue to take place offline, Tillable is beginning to change a decades-long practice few outside of agriculture ever thought about.

“This is a part of agriculture that really doesn’t get much attention,” Corbett Kull, Tillable’s founder and CEO said.

While his and other networks are still only responsible for a relatively small number of the total number of transactions, Keuthe believes it’s only a matter of time before the innovation that has infiltrated other parts of agriculture reaches agreements.

Until then, Musselman has few plans to change the way he brokers his other agreements.

“I think for the most part, it will stay with who you know.”