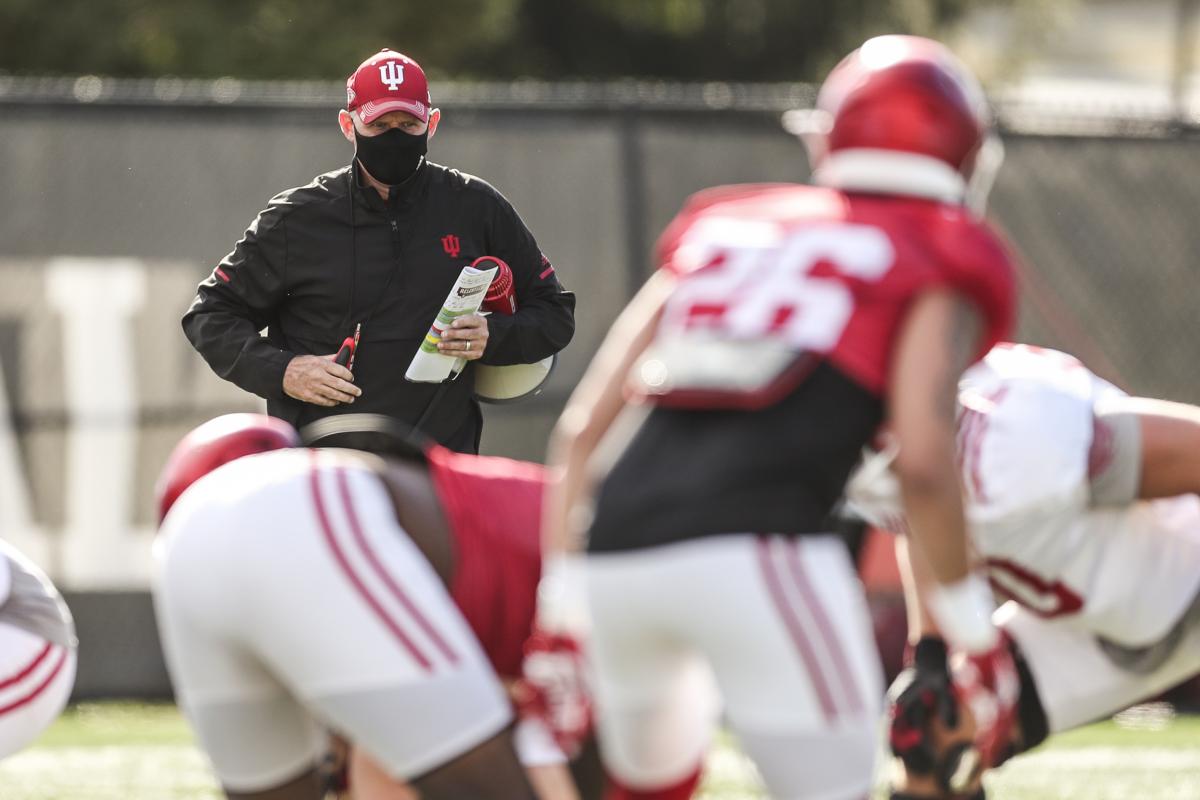 Indiana University football coach Tom Allen knows a year that started with such high expectations has  been hugely disappointing – to him, his assistant coaches, players and fans. The Hoosiers began the year ranked No. 17 in the nation and now have a record of 2-9 – with eight straight losses in the Big Ten.

Still, Allen said Monday his team will do all it can to be ready to play this weekend when the Hoosiers travel to Purdue for the annual rivalry game for the Old Oaken Bucket.

“The Old Oaken Bucket week for our program and a huge game for all of our players, our fans, our university and for our state,” he said. “That is going to be the focus of everything that we do this week and getting our guys ready, guys that have been out, trying to get as many of those guys back as we can, allow us to be able to be our very best in West Lafayette on Saturday.”

Injuries and transfers have robbed IU of many important players, including its top two quarterbacks, its top four running backs, a potential All-American defensive back and many other first- or second-string players on offense and defense. Allen has stressed a “next-player-up” mentality all year, but said Monday the injuries have hurt his team.

“Unfortunately as this has gotten to the end here, we've gotten decimated in spots, it's taken its toll. Unfortunately that's where we are,” he said. “ … It has been frustrating because I know it's a special group of guys that I think have got a lot of good players in there. I know that they're frustrated as well.”

Kick-off for the IU-Purdue rivalry game is scheduled for 3:30 Saturday on Fox Sports 1.