Indiana will have all its quarterbacks available against Rutgers 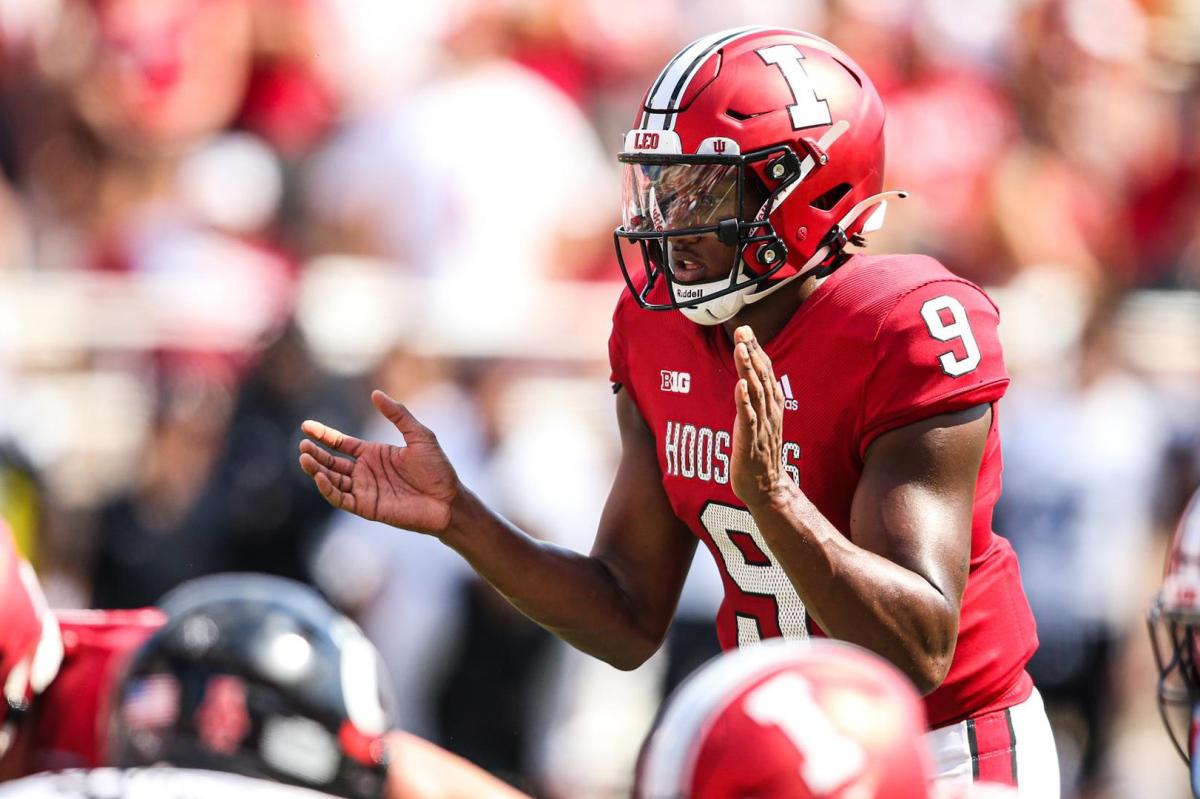 After dealing with injuries to the quarterback position for more than half the season, Indiana will have three quarterbacks ready to go for Saturday's game against Rutgers.

“Definitely got more opportunities and more reps this week than last, which is very positive,” Allen said about Penix and Tuttle. “We will have multiple quarterbacks ready to play on Saturday.”

Penix has been sidelined since separating his left shoulder against Penn State on Oct. 2. Tuttle took over in that game and started the next game against Michigan State on Oct. 16.

But Tuttle suffered a leg injury in that game, and McCulley stepped into the role. He then started the next three games.

The quarterback issues have been part of the reason the Hoosiers have struggled this season.

Read: Indiana QB listed as day to day after injury

After starting the year 2-2, Indiana has lost its last five games, ensuring that a season that started with aspirations of competing for a Big Ten title will end without even a bowl appearance.

The Hoosiers have three games remaining, beginning Saturday at home against the Scarlet Knights.

“It has just really been focusing on the concept of persevering,” Allen said. “To use that word and the things that wrap around that -- the grit piece, which is perseverance and passion towards a long-term goal -- and just trying to relate that to life. We are obviously trying to relate it to what we are going through now and just focus on winning each and every day.”

The Hoosiers are also hoping running back Stephen Carr will be able to go after leaving last Saturday’s 29-7 loss to Michigan with an injury. Carr leads the team with 600 yards rushing and six touchdowns.

“(He) is trying to get his way back, but we still don't know yet,” Allen said. “Obviously, the other guys that have been playing will be given great opportunities to take full advantage of that, if Stephen cannot go.

“Then, obviously, some of the younger guys like David Holloman has been getting lots of reps this week, and Charlie Spegal, as well.”

The defense hasn’t been spared from injuries, either. Cornerback Tiawan Mullen has played in one game  and cornerback Reese Taylor has missed time as well.

“It changes your mindset," defensive coordinator Charlton Warren said. "When you have two All-America corners, you're more apt to think, let's cover those two guys outside and do different things inside.

"When certain pieces of the defense aren't 100 percent, you do things schematically to help guys out. You change a tendency. Not let one-on-one situations happen abundantly. You pick your spots.”

Saturday’s game kicks off at noon and will be broadcast on the Big Ten Network.