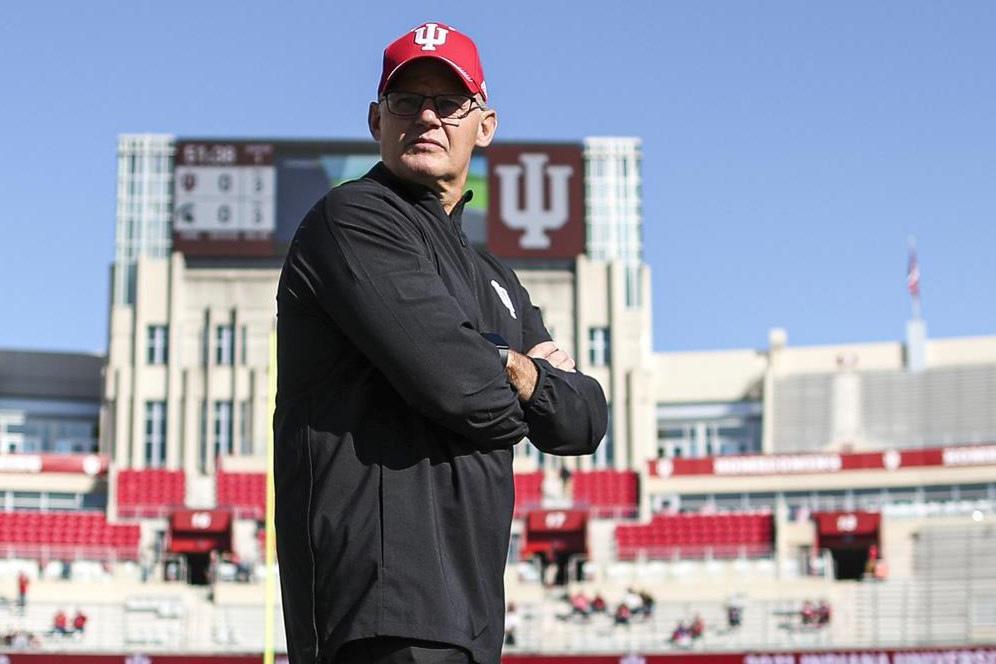 A season Indiana fans couldn’t wait to get started has turned into one they’d likely soon forget.

But he Hoosiers still have two games remaining to try to avoid going winless in the Big Ten for the first time in 10 years.

The first chance comes Saturday against Minnesota in Indiana’s final home game, where the seniors who helped lead the team to back-to-back bowl games in 2019 and 2020 will be honored.

“It is just a lot of really high-quality guys that I have poured my heart in to, and they have poured their hearts into this program,” Indiana coach Tom Allen said. “It is pretty special, but that is why we are going to enjoy every step of these last few times together and make sure we don't take any of this for granted.”

Many took a third straight bowl trip for granted after last year, when the Hoosiers had one of their best seasons in more than a half a century, cracking the top 10 at one point and ending the season ranked No. 12.

Indiana returned nearly all its starters from that team and entered the season ranked No. 17. But a season-opening, blowout loss at Iowa – and injuries to more than two dozen players - started a downward spiral.

Indiana won a pair of non-conference games and was 2-2 at one point. But six straight conference losses has them at the bottom of the Big Ten East Division after finishing second in 2020.

Allen said it’s been a season unlike any other he’s been a part of.

“It is unprecedented for me. That makes it even harder,” Allen said. “At the same time, we are just trying to hang together and stay positive and get as many guys healthy each week.

“It is an unprecedented number of guys that we have lost, then the way the season has turned out, especially with the expectations, I have never experienced anything like it.”

Two of most visible injuries have been at quarterback. Starter Michael Penix separated his throwing shoulder in the fifth game against Penn State and hasn’t played since. Backup Jack Tuttle suffered a leg injury the following week. He missed the next three games before returning last week, only to injure his other leg.

Both have returned to practice.

Those injuries have left freshman Donaven McCully as the team’s starting quarterback. He’s had the ups and downs expected from an 18-year-old that Allen had hoped to redshirt this year.

“Certainly it is a challenge to play QB in this league regardless of your experience based on the quality of the opponents you play,” Indiana offensive coordinator Nick Sheridan said. “Then, certainly, when you couple that with just getting here in June and not having quite the time on task - that's a challenge.”

The next challenge for the Hoosiers is the Golden Gophers, who come into Saturday’s game 6-4 overall and 4-3 in the Big Ten West.

“(Minnesota is) a big, physical football team,” Allen said. “They are well coached. Coach (P.J.) Fleck has done a good job there. They play hard, they play physical, and thy have a lot of discipline to their team in terms of how they play on both sides of the ball and special teams. So, a lot of respect for them and how hard they play.”

After Saturday’s game, Indiana wraps up the season Nov. 27 against Purdue in the Old Oaken Bucket Game.