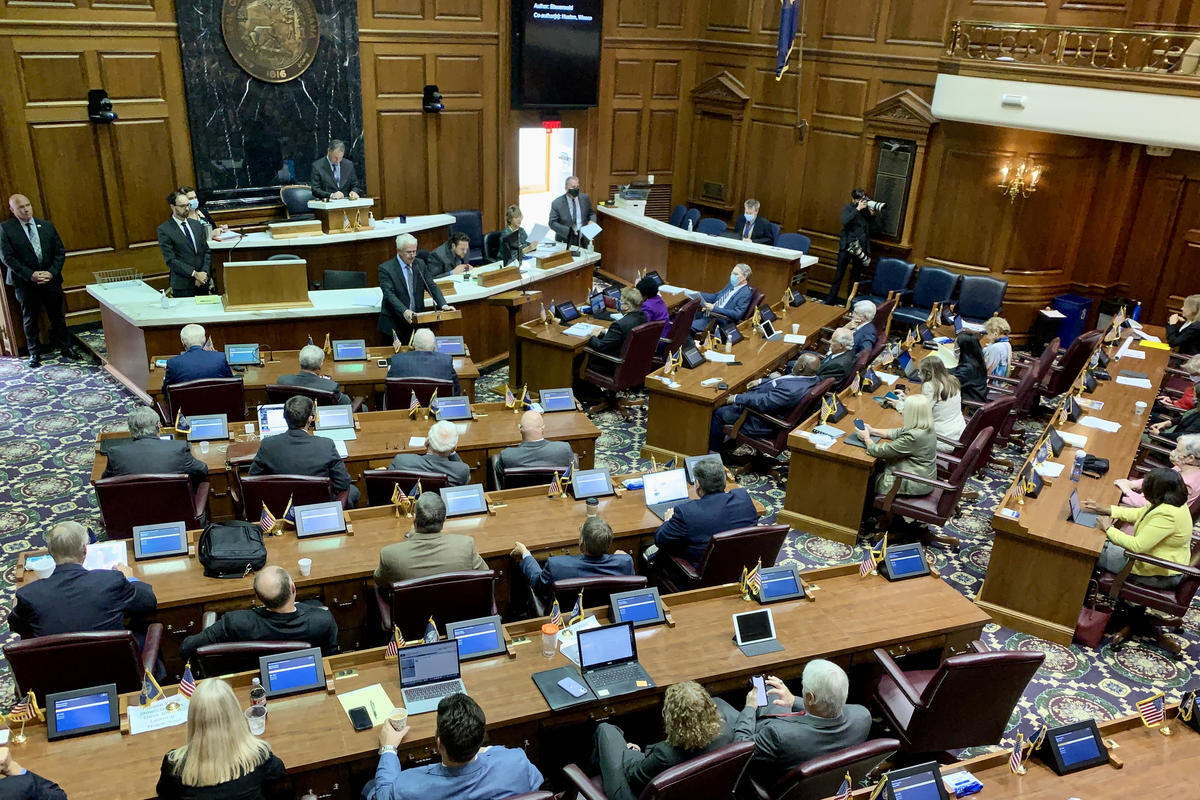 The Indiana House approved the 2021 redistricting bill by a vote of 67-31, with three Republicans joining every Democrat in opposing it. (Brandon Smith/IPB News)

Indiana House Republicans approved a redistricting bill Thursday that likely maintains GOP supermajorities in the Statehouse and eliminates any competitive races for Congress.

“Let’s be clear: these maps are among the most gerrymandered in the history of our nation," Hamilton said. "And thus, by definition, they will disenfranchise voters.”

Republicans, of course, argue the opposite. Rep. Tim Wesco (R-Osceola), in praising the bill’s author, said the maps create compact districts and keep communities of interest together.

“The truth is, people don’t want districts that look like salamanders and I commend Rep. [Greg] Steuerwald," Wesco said. "He worked harder than I did in seeking to make these maps as compact and I would daresay beautiful as possible.”

It wasn’t just Democrats who voiced complaints. Rep. Jeff Ellington (R-Bloomington), one of the few Republicans whose seat likely becomes less safe, decried the loss in his district of the I-69 corridor from Bloomington to Crane, which he called a community of interest.

Ellington and two other Republicans joined every Democrat in voting against the bill. The measure now heads to the Senate.