Indiana Beach Fans Rally In Hopes To Save Amusement Park 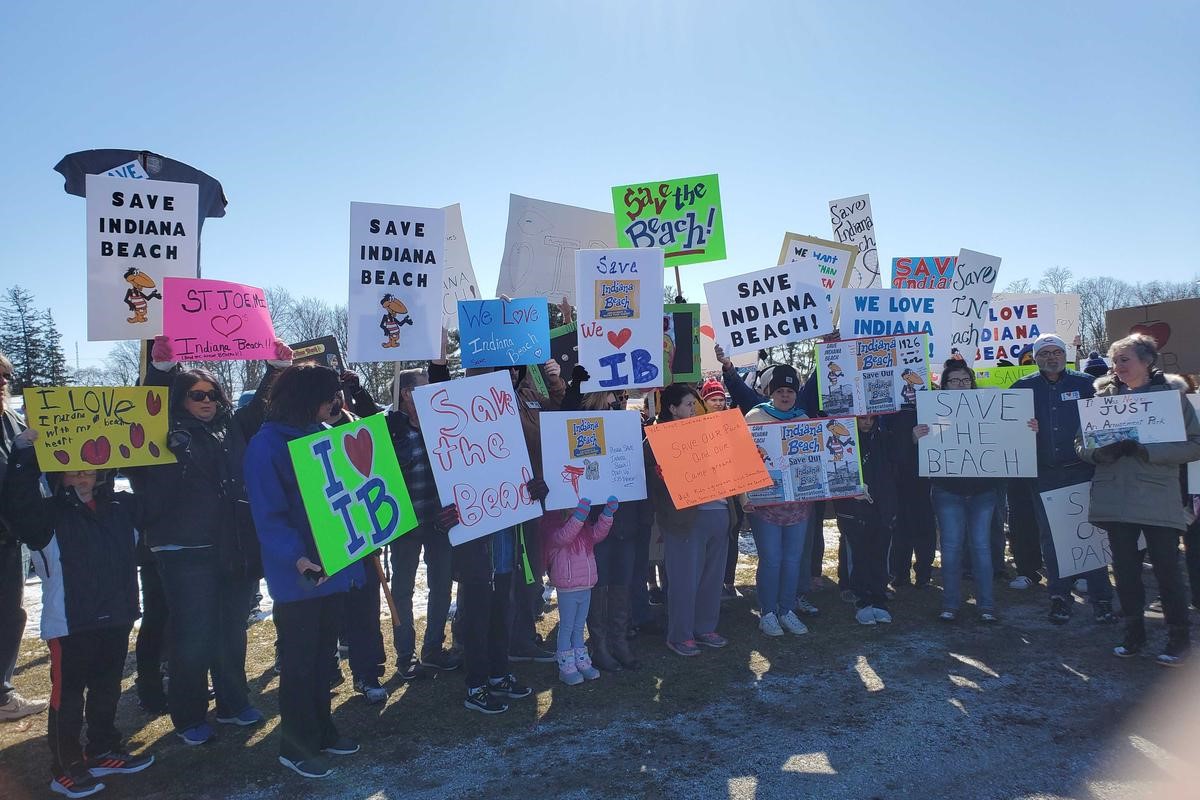 The cold weather didn’t stop dozens of Indiana Beach fans from rallying Saturday in Monticello, Indiana, to save the park.

The group walked about a quarter of a mile chanting, “Save our beach,” from a parking lot to the amusement park’s front gate where some left handmade signs before walking back.

Standing with her “Save Indiana Beach” sign, Christina Dalrymple carries her 2020 park pass that she purchased at the end of last season. She says, for her, it’s not about getting her money back, but the park reopening.

“It was just more personable,” says Dalrymple. “The people were nicer, you know the workers, it was closer and it wasn’t so big. You know, you could have the kids kind of wander off and know that they were OK. You weren’t going to do that at Six Flags up in Gurnee, Illinois.”

Standing in front of her business across the street from the rally’s gathering spot, Keli Jennett holds a sign showing her support.

Jennett has owned Dockside Lake Resort just outside the park's entrance for two years. She says the park closure has only caused a couple of cancelations so far.

“We’ve only lost two reservations since the announcement and I know a lot of people are probably waiting for, you know, some buyer to come in and save us, as we all are,” says Jennett. “But I think that based on what we polled our guests, about 45 to 50 percent of them said Indiana Beach was not the draw, the area was. And so that’s our focus, to make sure people understand that White County still has a ton to offer.”

Attendees to the rally voiced their desire to have the park purchased saying they want to help a potential buyer in any way they can.

A petition to save the park has gathered almost 50,000 signatures as of this weekend.