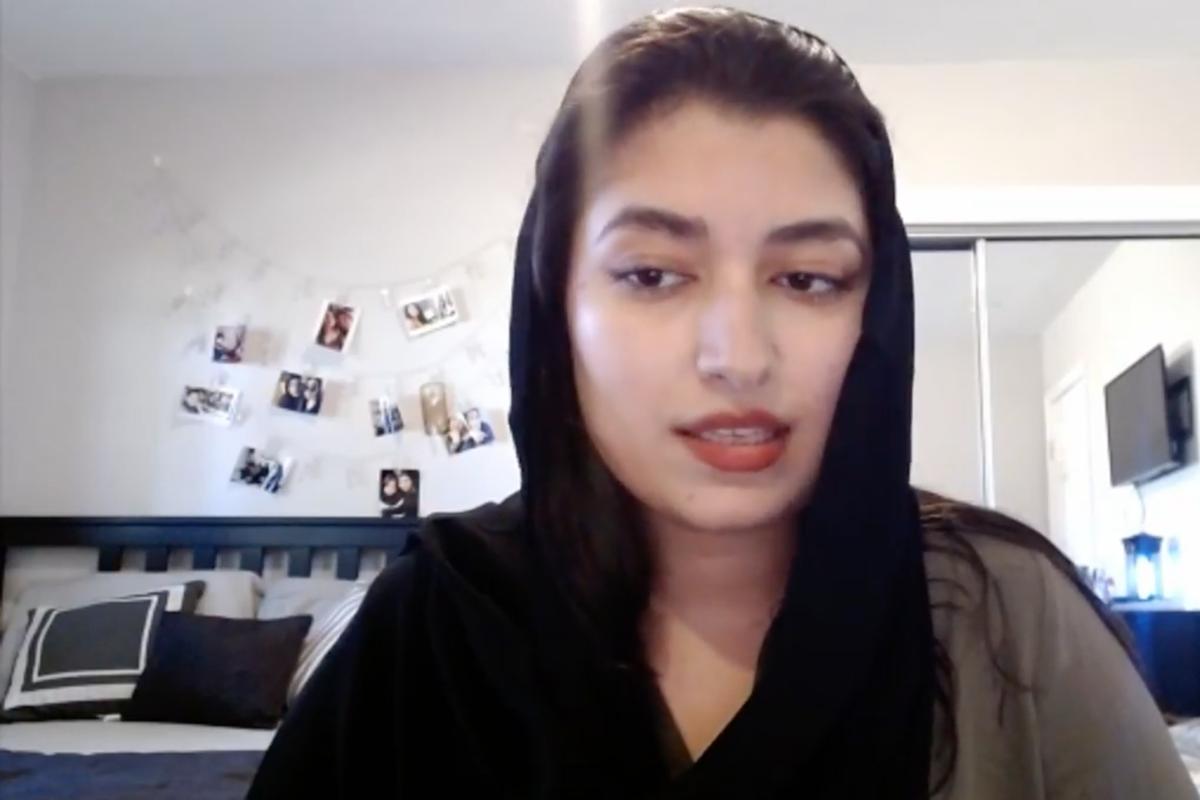 Henna Shaiq is an Afghan women's rights activist who moved to the United States a year ago. (Screenshot of Facebook Live)

Indianapolis’s Immigrant Welcome Center wants to help guide Hoosiers on the best ways to support Afghan refugees as they resettle across the state.

Thursday, that took the form of a Facebook Live that sought to teach people to better understand Afghan culture.

Henna Shaiq is an Afghan women’s rights activist who moved to the U.S. a year ago. She said a major culture shock for her was finances. Everything, she said, even parking a car, costs money.

"[In] Afghanistan, for a woman, working was a choice," Shaiq said. "But here, I feel like it’s a need for me. It’s my first priority, to find a job."

Bibi Bahrami moved to Muncie from Afghanistan decades ago and now helps new immigrants resettle. She teaches people about everything from Afghan holidays to the importance of hospitality to Afghan people and even how they eat.

For instance, she said many Afghans enjoy long and late dinners.

“The later you ate, the advanced family you are – might be the educated families living in the cities," Bahrami said. "Eating late dinners was like a status in Afghan culture.”

Bahrami emphasized that Hoosiers should respect the cultural differences of Afghans as they adjust to America.