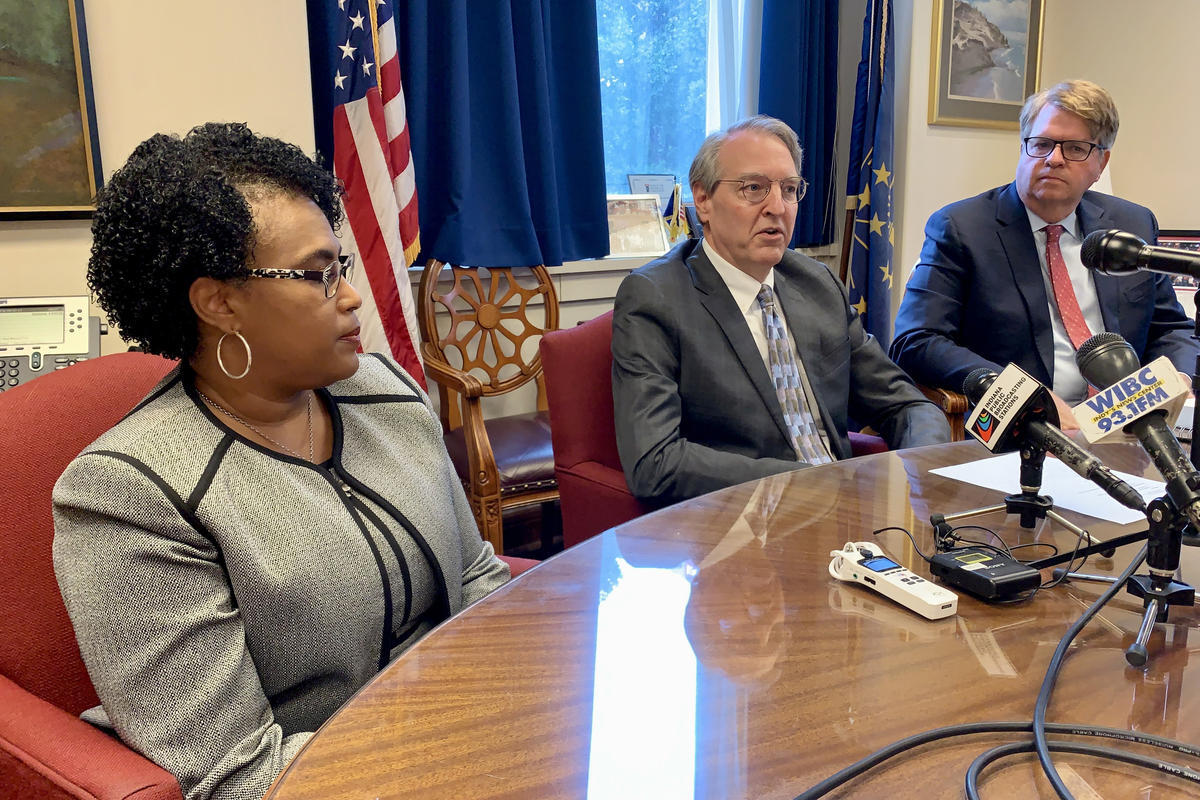 The proposed map was drawn by a Hoosier citizen, coming out of an independent redistricting commission’s competition. House Democrats said it was important for their proposal to come from someone outside the legislature – lawmakers, they've said, should not pick their voters.

The Democrats’ proposed map would give Republicans about 60 seats out of 100 in the House. The map drawn by House Republicans, which is in the redistricting bill, would give the GOP about 70.

But the districts in the Dems’ proposal aren’t very compact, with some making odd shapes and contorting around each other.

“What’s more important, having a few districts look a little bit less compact or having more competition within the system and having, overall, the legislature more closely reflect the political makeup of the state?” Pierce said.

Republicans easily voted down the Democrats’ proposal. Redistricting bill author From left, Rep. Cherrish Pryor (D-Indianapolis), Rep. Matt Pierce (D-Bloomington) and House Minority Leader Phil GiaQuinta (D-Fort Wayne) discuss Democrats' alternative state House redistricting map. (R-Danville) called the House GOP’s map “rock solid.” He also noted that the districts in the Democrats' map aren't as close to equal in population as they could be. Steuerwald said that dilutes the power of the vote in some districts.