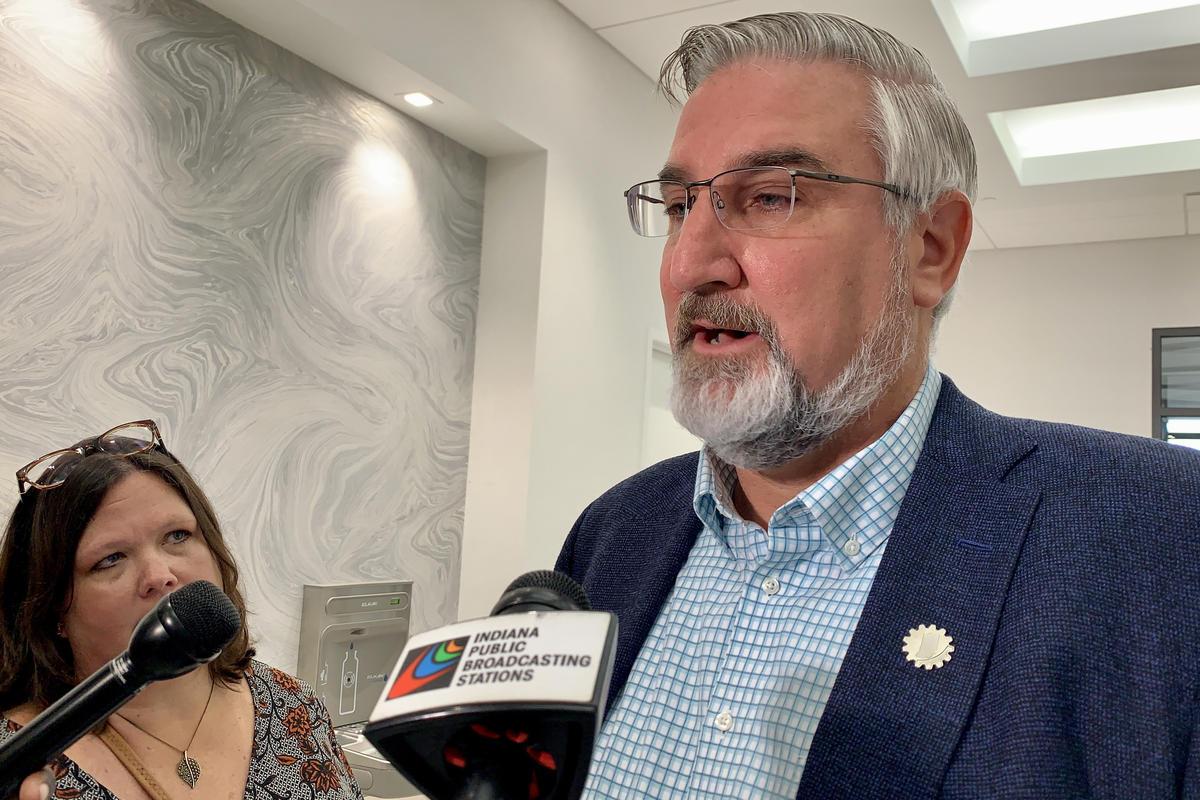 Gov. Eric Holcomb has been locked in a court battle with state lawmakers for months over a new emergency powers law. (Brandon Smith/IPB News)

Gov. Eric Holcomb said he’s evaluating all his options after a major loss in his legal battle with state lawmakers.

A county judge Thursday ruled a new law that allows the legislature to call itself into session during a public emergency is constitutional.

Holcomb has argued the governor has the sole authority to call a special session of the legislature. And he said the new law passed by the General Assembly violates the separation of powers.

But Marion County Judge Patrick Dietrick disagreed. He said lawmakers largely have the right to determine when and for how long they meet – including for an emergency session created by the new law.

Holcomb said his initial reaction is one of calm.

The governor can appeal the ruling directly to the Indiana Supreme Court. And Holcomb said wanting an answer to the fundamental, constitutional question from that ultimate authority will play into his decision.