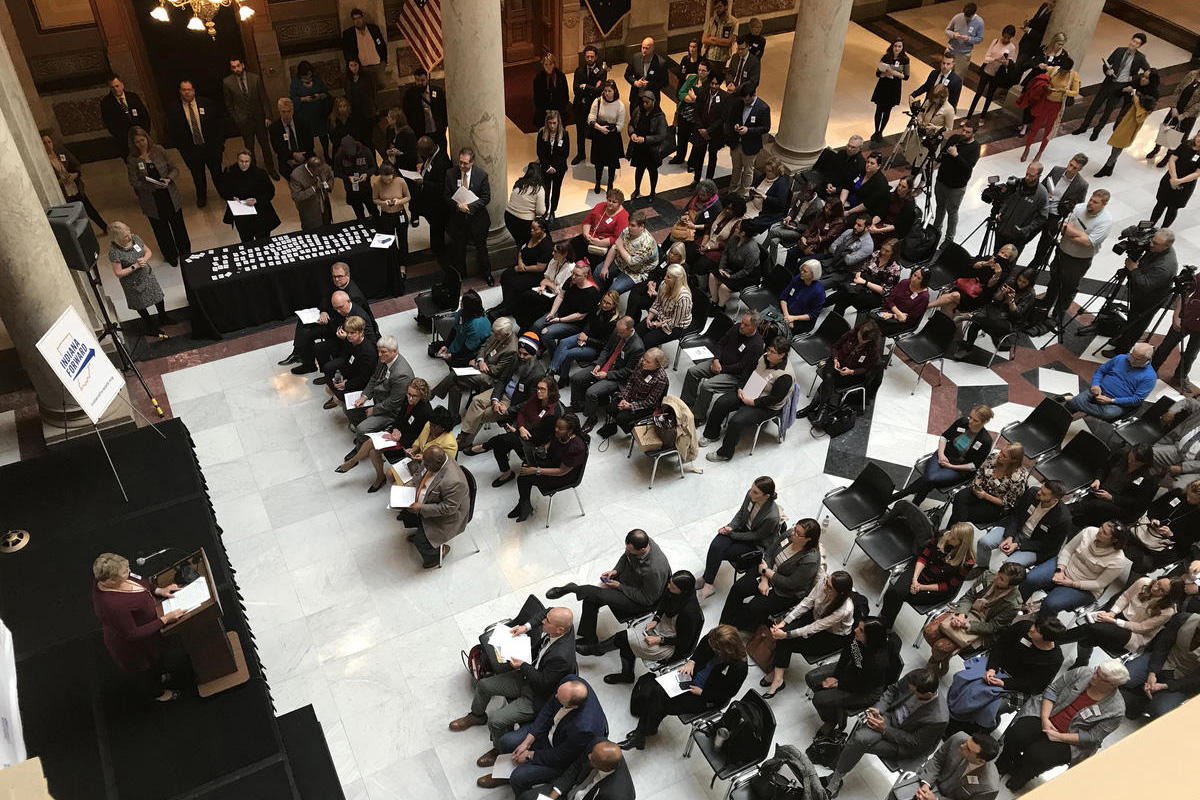 Indiana Forward, a coalition of more than 700 members, will push in the 2019 session for a hate crimes law. (Brandon Smith, IPB News)

A coalition of more than 700 advocates who want the legislature to pass a hate crimes bill say Indiana can’t wait any longer.

Most of the hate crimes bills this session include a list of victim characteristics, such as age, race, sexual orientation, gender identity and military service. Indiana Forward, a new coalition promoting passage of a hate crimes law, supports such bills. Rep. Tony Cook (R-Cicero), an author of one of those measures, spoke at the group’s launch.

“Ladies and gentlemen, it’s not time to compromise the most frequently targeted victims, as we have data from the FBI,” Cook says.

But Rep. Greg Steuerwald’s (R-Danville) bill doesn’t include the list of characteristics. He says a specific list could exclude people.

“So which ones do you want me to pick?" Steuerwald says. "My bill covers everybody.”

Some members of the new coalition say Steuerwald’s bill may be unconstitutional. Steuerwald dismisses those concerns.