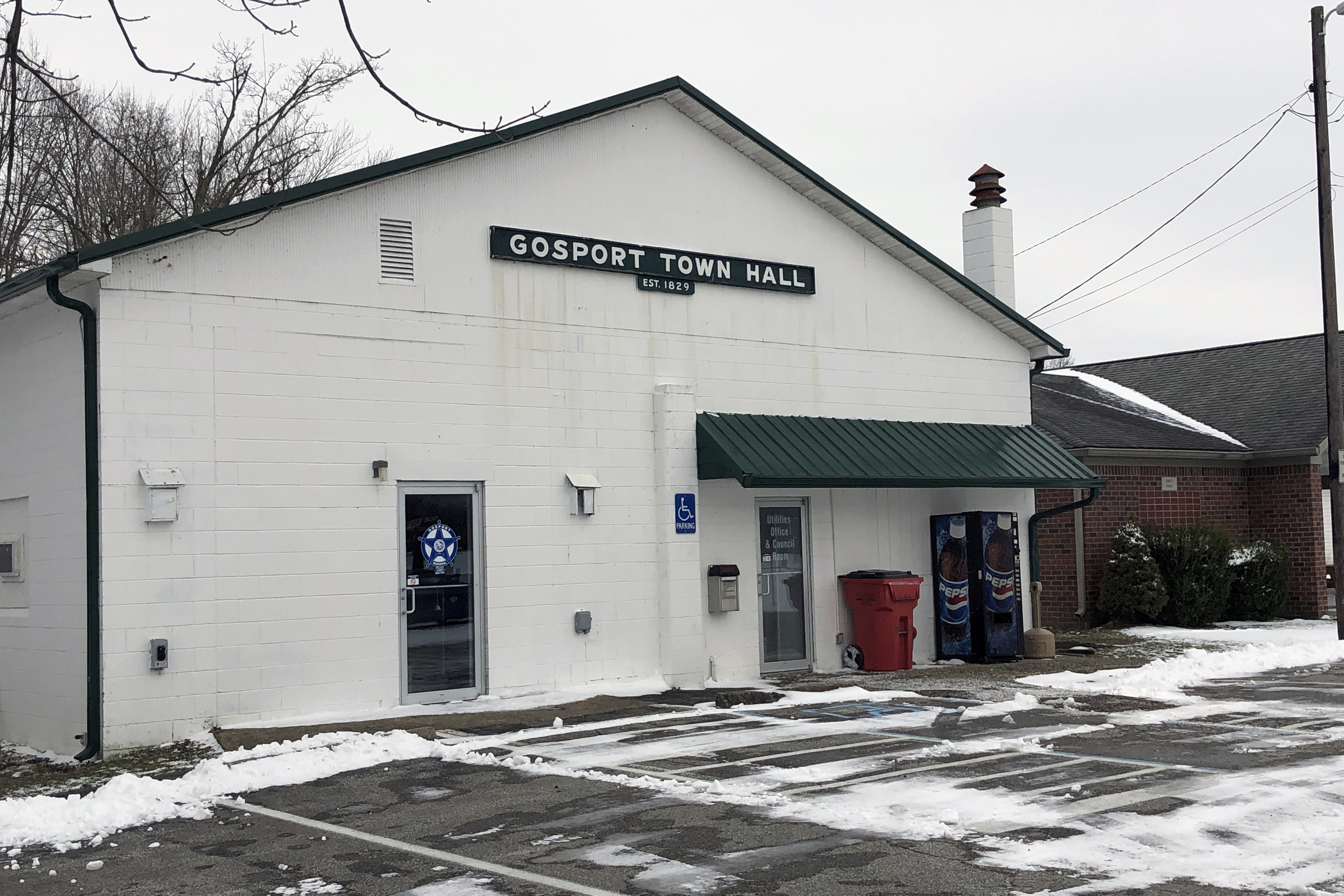 While the current town hall's future is up in the air, the town is likely to close on the new space by February 1. (Brock Turner, WFIU/WTIU News)

The Owen County community of Gosport is getting closer to moving into a new town hall.

The town council still has to finalize the purchase of a doctor’s office on the corner of Fifth Street and Main Street before the move can take place.

Gosport’s current town hall is inside a converted garage.

Gosport Town Council Vice President Melvin Hall says his father-in-law helped build the structure more than 60 years ago, and there just isn’t enough space. He says the new building will be a big improvement.

"Number one, it’s a modern building," Hall says. "This has got a lot of rooms, a lot of space, good facilities."

Town leaders plan to tear the garage down in order to expand a park.

Gosport is expected to take ownership of the building by Feb. 1.

But, it will take longer than that for the official move to take place. That’s because a doctor’s office currently owns the space and will still occupy a portion of the building. Hall says a physical separation and several renovations will occur before the new space can start hosting local meetings.