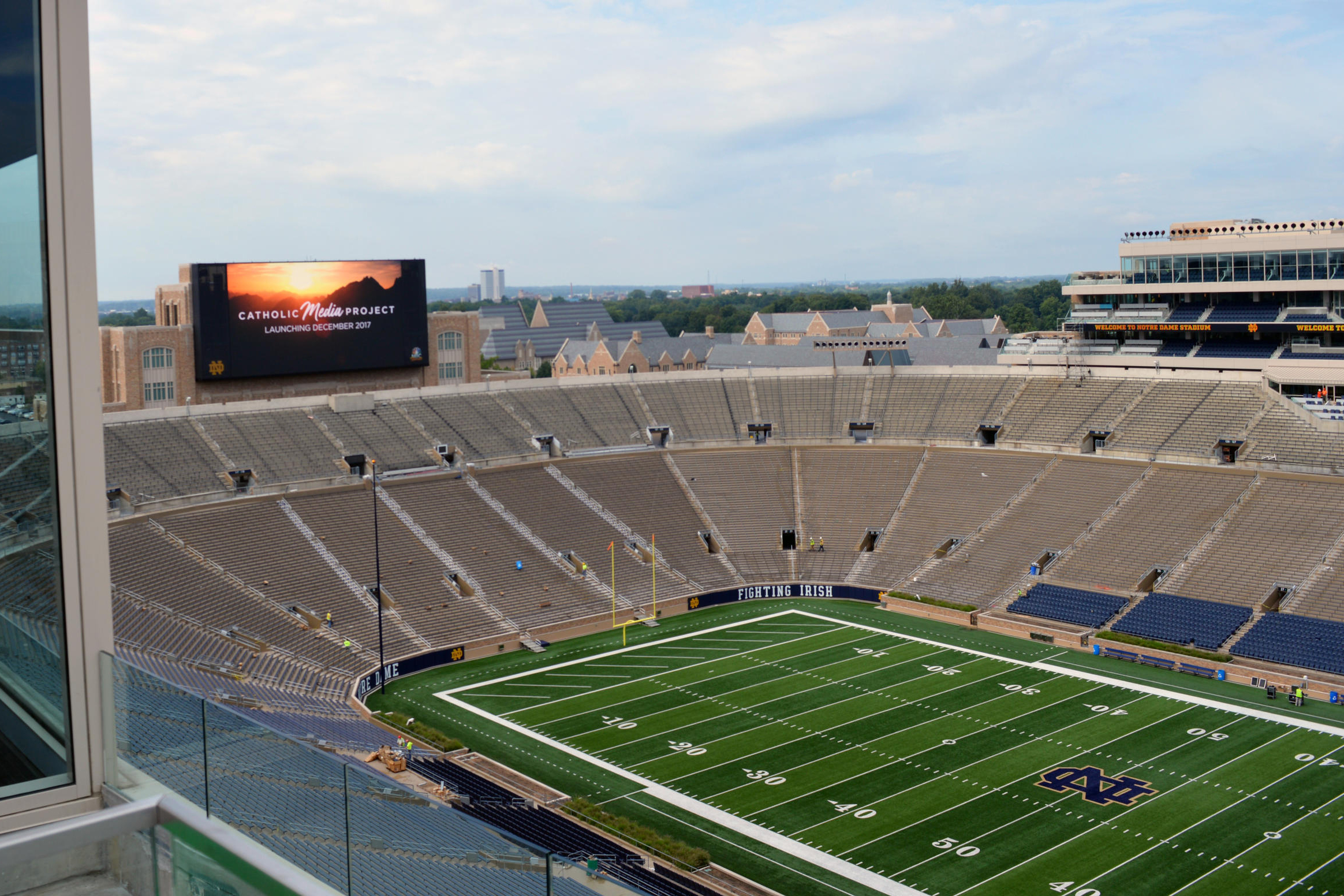 Richard Morrison played for Notre Dame from 1985 to 1988 as a nose guard. His lawsuit alleges that the university and the NCAA knew about but “recklessly disregarded” the harmful effects of repeated head injuries and concussions. (WVPE File Photo)

A former University of Notre Dame football player is suing the university and the NCAA, alleging that they “recklessly disregarded” information related to the medical dangers of concussions and head injuries.

Richard Morrison played for Notre Dame from 1985 to 1988 as a nose guard. Late last month, he filed a class action lawsuit in federal court.

It alleges that both parties knew about but “recklessly disregarded” the harmful effects of repeated head injuries and concussions “to protect the very profitable business of ‘amateur’ college football.”

It also alleges both parties had a duty to educate players about those dangers and monitor their health during and after games but failed to do so.

During a typical season, the suit says college football athletes subject themselves to the “equivalent of repeated car accidents.”

As a result of head injuries from playing football, the suit alleges Morrison now suffers from short-term memory loss, depression, speech difficulty, emotional instability and dementia, among other things.

The suit cites multiple scientific studies, ranging from 1905 to the early 2000s, that examine the link between football, traumatic brain injuries and permanent brain damage.

A more recent 2017 study that examined the donated brains of 111 former NFL players found that all but one had chronic traumatic encephalopathy, or CTE — a fatal, degenerative brain disease that can cause dementia and is associated with repeated concussions and other head injuries.

The study also examined the donated brains of 53 former college football players and found CTE present in all but five. It can only be diagnosed after death.

And a 2021 study published in JAMA Neurology found that the vast majority — 72 percent — of college football concussions studied over five seasons happened during practice. Half occurred during the preseason period, even though that only made up one-fifth of the time studied.

The NCAA and Notre Dame have not yet filed responses to the suit, and a university spokesperson told the South Bend Tribune that the school could not comment on pending litigation.

The NCAA admitted no wrongdoing but agreed to require that schools make changes to policies governing head injuries. The settlement agreement was finalized in 2019, but the organization and various universities have since faced a wave of similar lawsuits.