Civil War Diary: 'Them Make Out John Prieses Papers For A Discharge' 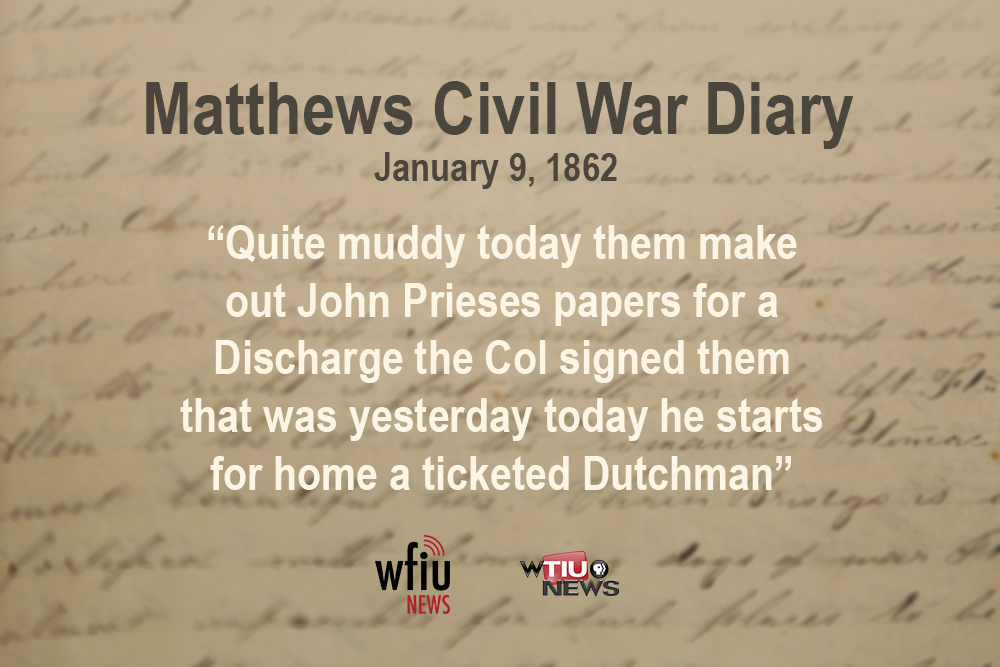 Check back for the next entry on January 10.