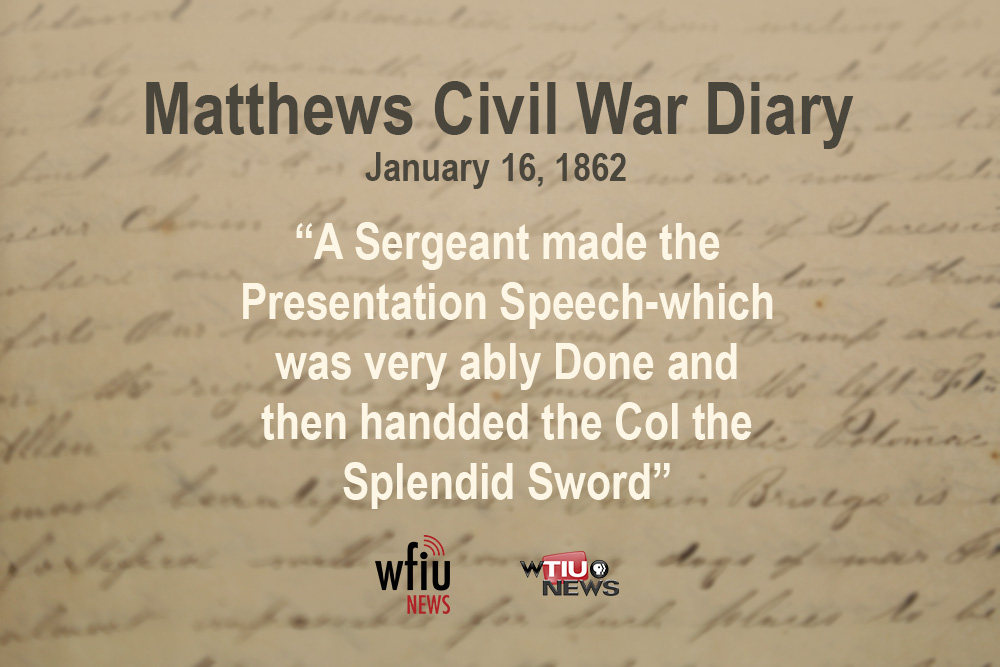 A Sword presentation this fore noon the Regt formed a hollow Square—with out Arms.  Pyle being sick & Earl to the City the Band did not play—the Non Commissioned Officers and Colors in the centre and the Sword under the colors Lieut-Col Cameron made his appearance A Sergeant made the Presentation Speech—which was very ably Done and then handded the Col the Splendid Sword—Sash—Belt and a fine [illegible] Base gold Shoulder Strap & a Pair of Silver Spurs—The Col then made a fine Speech in Reply which the Boys replied to with Cheers wen the Spurs were gave to him the Sergeant made this remark A Spur in the head is worth two on the heel and we know that you are the Spur in the head” It Becomes proper for you to have two on the heel—This caused a big laugh” The thing then Busted—Earl Returned with the Instruments Them were Perfect beauties So we turned out before the Cols Quarters to try there metal the Boys are mightily pleased with them the rest of them are goin to send for the Set

Check back for the next entry on January 17.