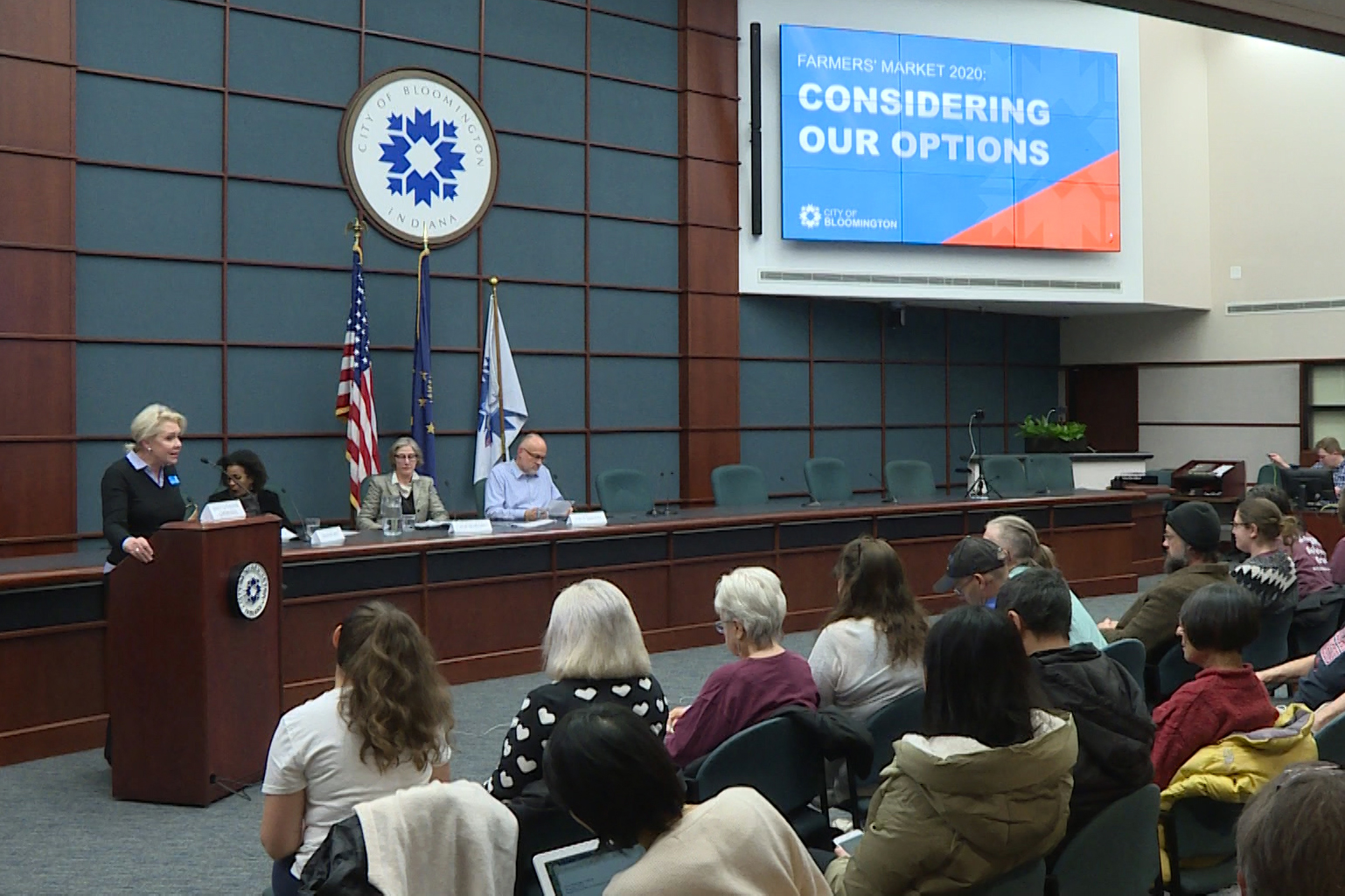 The City of Bloomington convened a panel of legal experts to talk about issues surrounding the farmers' market this summer, as it looks ahead to 2020. (Jeanie Lindsay, IPB News)

The city of Bloomington convened a panel Saturday to discuss ongoing tensions over issues of white supremacy and free speech at the city’s farmers’ market. About 100 people listened as panelists discussed how the first amendment can or can’t be used to react to hate-speech and protests in public spaces.

Tensions flared this summer after one vendor’s ties to a white supremacist group came to light, and the city shut the market down for two weeks.

The panel included two IU law professors, the executive director of ACLU Indiana and the chief of police for Charlottesville, Virginia. Questions focused on the legal rights and responsibilities for the city to address hate speech.

IU Professor of Law Jeanine Bell says it’s possible to limit hate-speech on public property, as long as those rules apply to everyone.

“You can regulate hate speech with time place and manner regulation because you’re actually able to regulate all types of speech,” she says.

Other questions from the crowd focused on the rights for protestors, how the city can legally respond, and whether the city should consider privatizing the market.

The panel agreed that restrictions targeting specific beliefs or views goes against the first amendment. But Bell says it’s the city’s responsibility to make clear to all vendors at the market that they are expected to follow other laws – like anti-discrimination policies.

“I would consider it an obligation of the city because no one is entitled to discriminate. That’s the way it works,” she says.

Some activists handed out flyers during the meeting questioning why the panel didn’t include vendors, farmers, or activists.

The board of parks commissioners meets in January to decide the city’s role in the 2020 market.