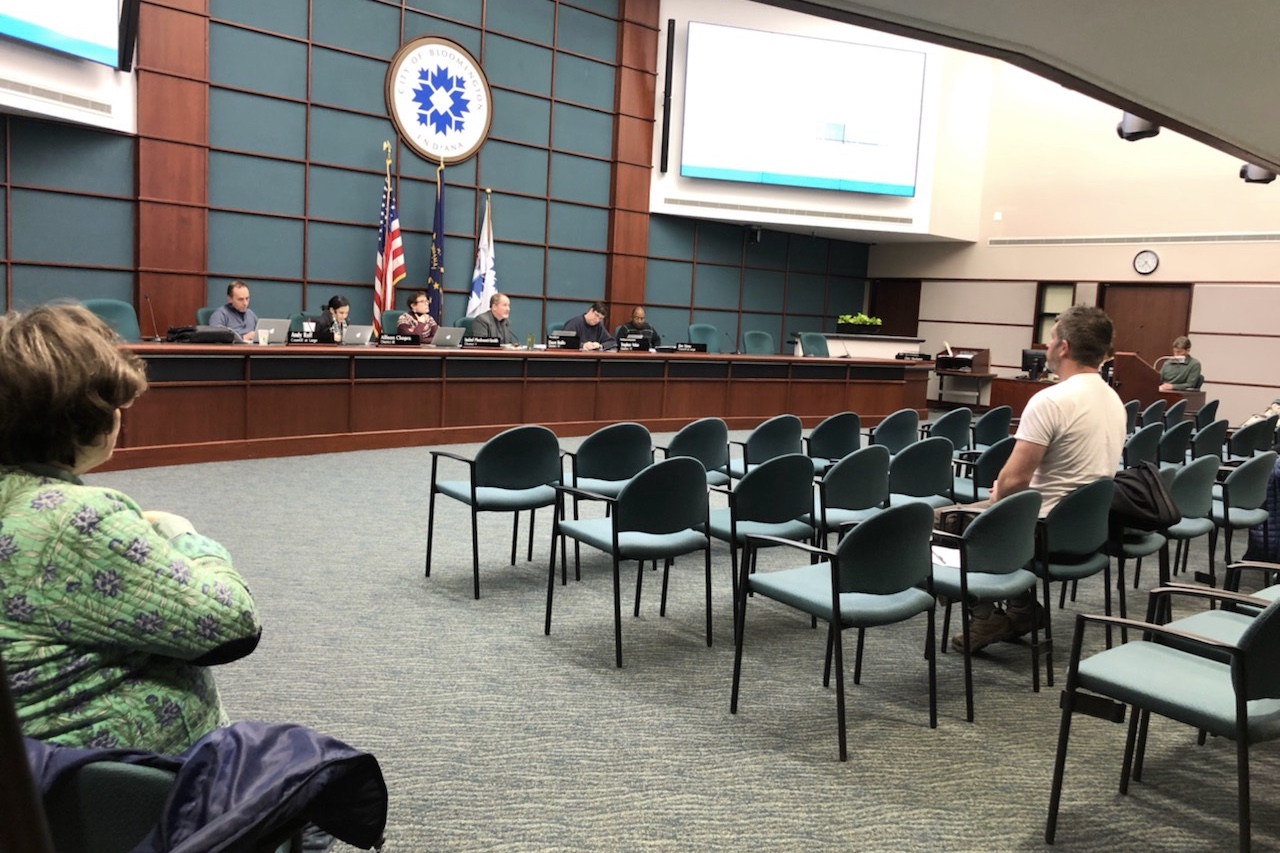 The new plan will build on the existing goals of the city’s Comprehensive Plan. (Alex Eady, WTIU/WFIU News)

Bloomington leaders are proposing a new transportation plan to enhance accessibility and connectivity throughout the city.

The proposal from the city’s Planning and Transportation Department aims to improve access to and from more locations, prioritize equity and affordability.

The new plan will build on the existing goals of the city’s Comprehensive Plan and replace the current transportation plan.

The draft prioritizes bicycle networks, multi-use trails and Complete Streets, which are designed to enable safe street crossing access for all users.

The plan also proposes increasing the right of way from 50 to 60 feet for newly built streets and modifying selected neighborhood residential streets to allow for on street parking.

But some residents spoke in opposition to the plan’s proposed street expansions.

Peter Dorfman, a resident near the Kirkwood and North Maple street neighborhood says the expansions will disrupt the existing streets in his area and jeopardize homes.

“If this is a real proposal, has the city done anything to alert people to the fact that their houses are likely to be in the way of a bulldozer?” says Dorfman.

Rosenbarger says it’s not the city’s intention to impact existing homes with the potential expansions and feedback from the public can influence the drafted plan.

The council is scheduled to vote on the plan with any proposed amendments at its February 27 hearing.