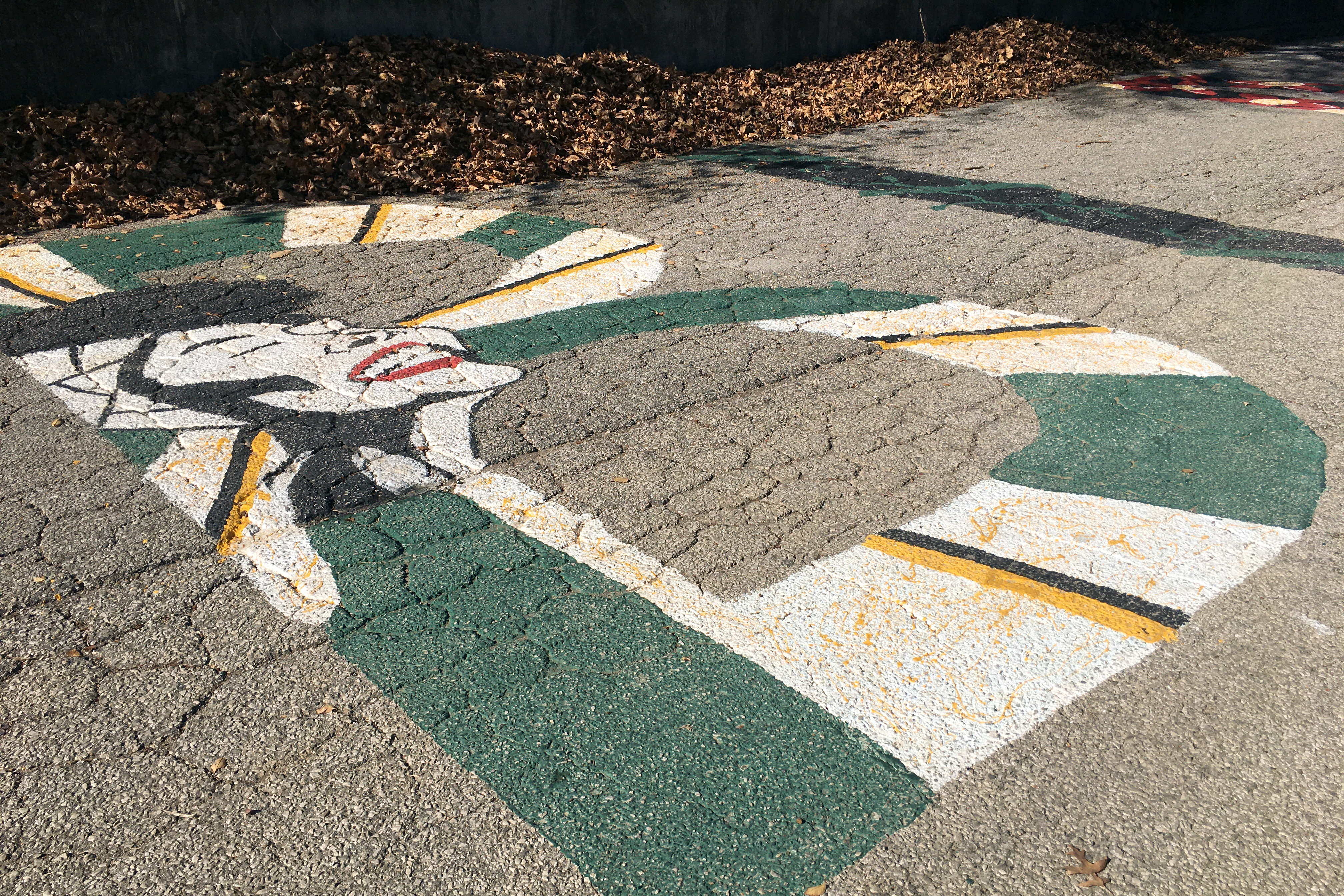 “We’re not just painting words, we’re not just saying that Black lives matter, we’re living that Black lives matter, we’re making a stance here,” said Muhammad Saahir, Banneker Community Center Advisory Council member. “I really appreciate how the community is coming together to support this idea. And not only is it an idea, it’s more like an oath.”

The mural was proposed by the Banneker Community Center Advisory Council, a resident-led board that reports to the city’s Department of Parks and Recreation. It was funded by municipal money usually used for the Black y Brown Arts Festival which was canceled this year due to COVID-19.

Christina Elem, one of the two artists who created the vision for the mural, said it was made to celebrate Black joy, the strength of Black lineage, Black lives lost to police brutality and all the different communities within the Black community including the Black trans, LGBTQ, and disabled people.

“Today this mural reaffirms that we are longer a monolith and we will no longer except these rigid perceptions,” said Ky Freeman, IU Black Student Union president.

Gloria Howell, director of the Neal-Marshall Black Culture Center, urged the community to live out activism and support the Banneker Community Center, a place where many Black children in Bloomington attend programming.

“Living out activism means going the extra mile,” Howell said. “It means taking full inventory and responsibility for how we can make our community more equitable. It means advocating more people along the margins and beyond the margins in ways they can actually feel the impact.”

City clerk Nicole Bolden said the mural was a first step. She talked about other steps that are being taken in community including the city and county looking at anti-racism training for employees and the recent election of Monroe County’s first Black male judge Geoff Bradley.

Eight-year-old Sadio Kone spoke about his own experiences of racism in Bloomington and how he feels safer when he sees Black Lives Matter signs in people’s yards as he rides his bike.

“This is not a political statement,” Kone said. “This is a reminder to our community that my life matters and other children like me matter.”